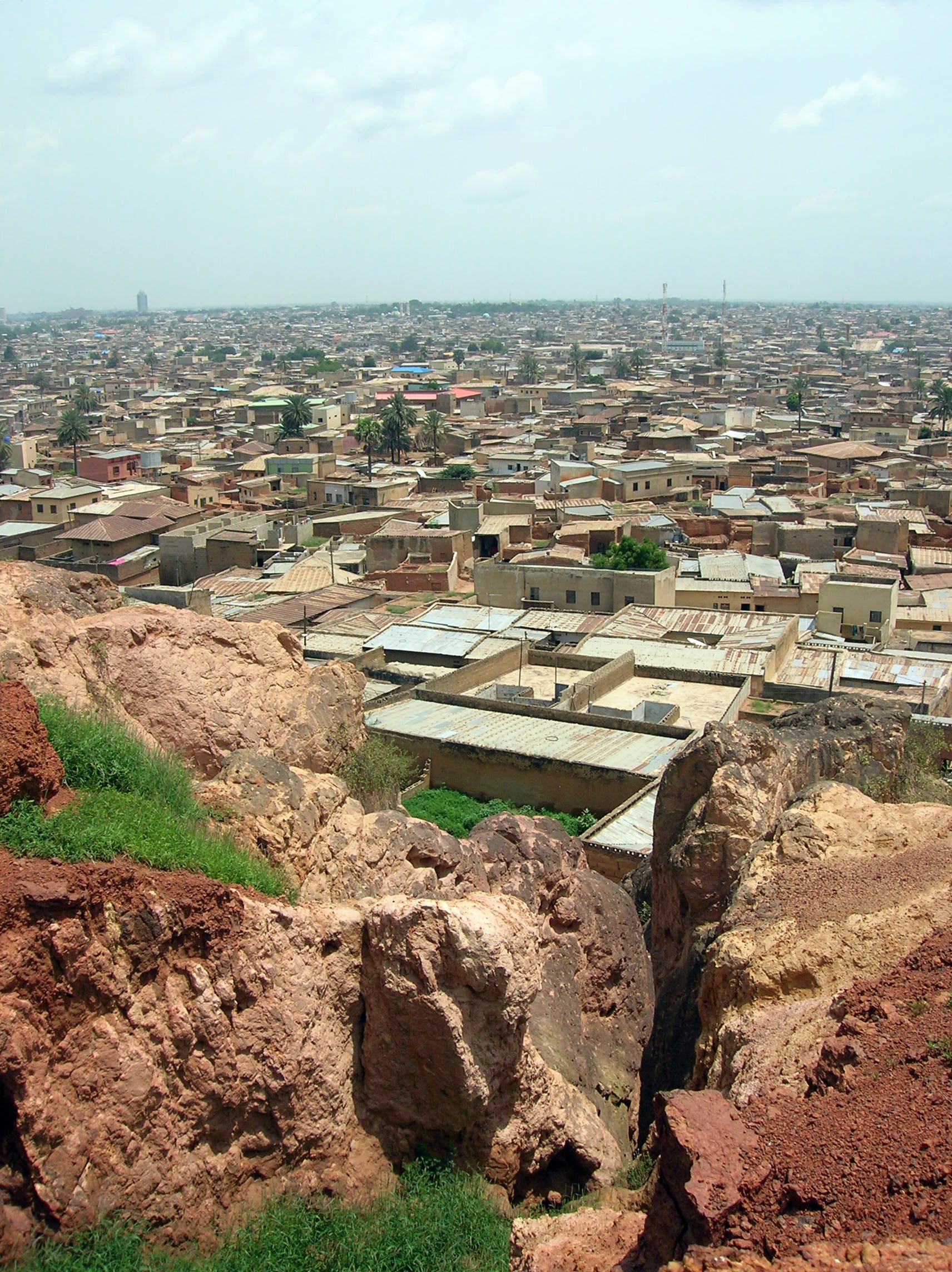 Kano is the administrative center of the and the third largest in , in terms of geographical size, after and . In population, it is the second most populous city (with a population of 3,848,885) in the country after Lagos. The city's traditional ruler is the , and the current Emir, , has been on the throne since 1963.

In the seventh century, , a hill in Kano, was the site of a group of a community that engaged in iron-working; it is unknown whether these were or speakers of Niger-Congo languages. [cite book |last=Iliffe |first= John |page=75 |title= Africans: The History of a Continent |year=2007 |publisher= |isbn= 0521864380] Kano was originally known as Dalla, after the hill, and was referred to as such as late as the end of the fifteenth century and the beginning of the sixteenth by Bornoan sources. [cite book |last= Nast|first=Heidi J |authorlink= |coauthors= |title= Concubines and Power: Five Hundred Years in a Northern Nigerian Palace |year=2005 |publisher= University of Minnesota Press |location= |isbn= 0816641544 |page=60] The identifies , a priest of a Dalla Hill spirit, as the city's first settler. (Elizabeth Isichei notes that the description of Barbushe is similar to those of Sao people.) [cite book |title= A History of African Societies to 1870|last=Isichei |first=Elizabeth |year=1997 |publisher=Cambridge University Press |page=234 |isbn=0521455995 |url= http://books.google.com/books?pg=PA234&lpg=PA234&source=web&sig=B-WHTczRAIvifGTdNCXtTBDlIO4&id=LgnhYDozENgC&ots=sFYM5i0daf ]

According to the Kano Chronicle, , a grandson of the mythical hero , [cite book |last=Okehie-Offoha |first= Marcellina |coauthors= Matthew N. O. Sadiku|title=Ethnic and Cultural Diversity in Nigeria |year=1995 |month=December|publisher= |isbn= 978-0865432833|page=40] became the first king of Kano in 999, reigning until 1063.

ascended to the throne in 1463 and reigned until 1499. During his reign, he reformed the city, expanded the Sahelian (Emir's Palace), and played a role in the further Islamization of the city,

At the beginning of the 19th century, Fulani Islamic leader led a against Kano, removing its Hausa king and reforming the government and religious authority.

British forces captured Kano in 1903 and made it the administrative centre of . It was replaced as the centre of government by , and only regained administrative significance with the creation of Kano State following Nigerian independence.

By 1922, groundnut trader had become the richest businessman in Kano, surpassing fellow merchants and .

In May 1953, an inter-ethnic riot arose due to southern newspapers misreporting on the nature of a disagreement between northern and southern politicians in the House of Representatives. [cite book |last= Ernest E. |first= Uwazie |coauthors=Isaac Olawale Albert and G. N. Uzoigwe |title=Inter-Ethnic and Religious Conflict Resolution in Nigeria |chapter= The Role of Communication in the Escalation of Ethnic and Religious Conflicts |year=1999 |publisher= Lexington Books |isbn= 0739100335|page=20] Thousands of Nigerians of southern origin died as a result of the riot. [Uwazie et al., p. 73]

After the introduction of sharia in Kano State in 2000, many Christians left the city.

Kano is largely Muslim. The majority of Kano Muslims are , though a minorty adhere to the branch (see ). Christians and followers of other non-Muslim religions form a small part of the population, and traditionally lived in the , or Foreign Quarter. Christians alone comprise about 1% of the population.

Formerly walled, most of the gates to the Old City survive. The Old City houses the vast , known for its , while old s – still in use – lie nearby. Also in the Old City are the Emir's Palace, the Great Mosque, and the .Kano has six districts. They are the Old City, , , Sabon Gari, , and Nassarawa. [cite encyclopedia |year=2007 |title =Kano |encyclopedia= |publisher=Encyclopædia Britannica, Inc |location= Chicago]

The Emir of Kano hosts a "" to mark and celebrate the two annual Muslim festivals and (to mark the end of the Holy Month of ) and (to mark Holy Pilgrimage). The Durbar culminates in a procession of highly elaborately dressed horsemen who pass through the city to the Emir's palace. Once assembled near the palace, groups of horsemen, each group representing a nearby village, take it in turns to charge towards the Emir, pulling up just feet in front of the seated dignitaries to offer their respect and allegiance.