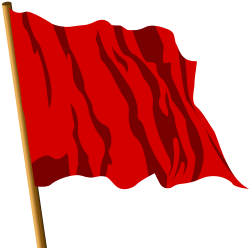 The red flag is the only universally accepted symbol of democratic socialism.

Democratic socialism is a description used by various socialist movements and organizations to emphasize the democratic character of their political orientation. Democratic socialism is contrasted with political movements that resort to authoritarian means to achieve a transition to socialism, instead advocating for the immediate creation of decentralized economic democracy from the grassroots level, undertaken by and for the working class itself. Specifically, it is a term used to distinguish between socialists who favor a grassroots-level, spontaneous revolution or gradualism over Leninism – organized revolution instigated and directed by an overarching Vanguard party that operates on the basis of democratic centralism.

But for those who use the term in this way, the scope of the term "socialism" itself can be very vague, and include forms of socialism compatible with capitalism. For example, Robert M. Page, a Reader in Democratic Socialism and Social Policy at the University of Birmingham, writes about "transformative democratic socialism" to refer to the politics of the Clement Attlee government (a strong welfare state, fiscal redistribution, some nationalisation) and "revisionist democratic socialism", as developed by Anthony Crosland and Harold Wilson:

The most influential revisionist Labour thinker, Anthony Crosland..., contended that a more "benevolent" form of capitalism had emerged since the [Second World War] ... According to Crosland, it was now possible to achieve greater equality in society without the need for "fundamental" economic transformation. For Crosland, a more meaningful form of equality could be achieved if the growth dividend derived from effective management of the economy was invested in "pro-poor" public services rather than through fiscal redistribution.[4]

Indeed, some proponents of market socialism see the latter as a form of democratic socialism.[5]

A variant of this set of definitions is Joseph Schumpeter's argument, set out in Capitalism, Socialism and Democracy (1941), that liberal democracies were evolving from "liberal capitalism" into democratic socialism, with the growth of workers' self-management, industrial democracy and regulatory institutions.[6]

In contrast, other definitions of democratic socialism sharply distinguish it from social democracy.[7] For example, Peter Hain classifies democratic socialism, along with libertarian socialism, as a form of anti-authoritarian "socialism from below" (using the term popularised by Hal Draper), in contrast to Stalinism and social democracy, variants of authoritarian state socialism. For Hain, this democratic/authoritarian divide is more important than the revolutionary/reformist divide.[8] In this definition, it is the active participation of the population as a whole, and workers in particular, in the management of economy that characterises democratic socialism, while nationalisation and economic planning (whether controlled by an elected government or not) are characteristic of state socialism. A similar, but more complex, argument is made by Nicos Poulantzas.[9]

Other definitions fall between the first and second set, seeing democratic socialism as a specific political tradition closely related to and overlapping with social democracy. For example, Bogdan Denitch, in Democratic Socialism, defines it as proposing a radical reorganization of the socio-economic order through public ownership, workers' control of the labor process and redistributive tax policies.[10] Robert G. Picard similarly describes a democratic socialist tradition of thought including Eduard Bernstein, Karl Kautsky, Evan Durbin and Michael Harrington.[11]

Justification of democratic socialism can be found in the works of social philosophers like Charles Taylor and Axel Honneth, among others. Honneth has put forward the view that political and economic ideologies have a social basis, that is, they originate from intersubjective communication between members of a society.[15] Honneth criticises the liberal state because it assumes that principles of individual liberty and private property are a historical and abstract, when, in fact, they evolved from a specific social discourse on human activity. Contra liberal individualism, Honneth has emphasised the inter-subjective dependence between humans; that is, our well-being depends on recognising others and being recognised by them. Democratic socialism, with its emphasis on social collectivism, could be seen as a way of safeguarding this dependency.

In recent years, some have suggested replacing "democratic" with "participatory" upon seeing the reduction of the former to parliamentarism.

The tradition of the Diggers and the Levellers was continued in the period described by EP Thompson in The Making of the English Working Class by Jacobin groups like the London Corresponding Society and by polemicists such as Thomas Paine. Their concern for both democracy and social justice marks them out as key precursors of democratic socialism.[17]

The term "socialist" was first used in English in the British Cooperative Magazine in 1827[18] and came to be associated with the followers of the Welsh reformer Robert Owen, such as the Rochdale Pioneers who founded the co-operative movement. Owen's followers again stressed both participatory democracy and economic socialisation, in the form of consumer co-operatives, credit unions and mutual aid societies. The Chartists similarly combined a working class politics with a call for greater democracy. Many countries have this.

The British moral philosopher John Stuart Mill also came to advocate a form of economic socialism within a liberal context. In later editions of his Principles of Political Economy (1848), Mill would argue that "as far as economic theory was concerned, there is nothing in principle in economic theory that precludes an economic order based on socialist policies".[19][20]

In North America, Henry George promoted the Single Tax Movement, which sought a form of democratic socialism via progressive taxation, with tax only on natural resources. George remained an advocate of the free market for the allocation of all other goods and services.[21] 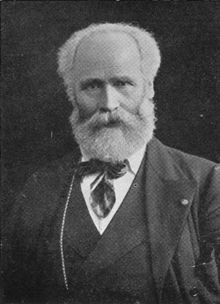 Democratic socialism became a prominent movement at the end of the 19th century. In the US, Eugene V. Debs, one of the most famous American socialists, led a movement centered around democratic socialism and made five bids for President, once in 1900 as candidate of the Social Democratic Party and then four more times on the ticket of the Socialist Party of America.[22] The socialist industrial unionism of Daniel DeLeon in the United States represented another strain of early democratic socialism in this period. It favored a form of government based on industrial unions, but which also sought to establish this government after winning at the ballot box.[23] 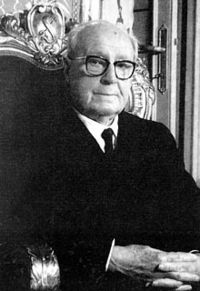 In Britain, the democratic socialist tradition was represented in particular by the William Morris' Socialist League in the 1880s and by the Independent Labour Party (ILP) founded by Keir Hardie in the 1890s, of which George Orwell would later be a prominent member.[24]

In America, a similar tradition continued to flourish in Debs' Socialist Party of America, especially under the leadership of Norman Thomas.[27] Senator Bernie Sanders from Vermont is a self-described democratic socialist, and is the only self-described socialist to ever be elected to the United States Senate.[28]

In the early 1920s, the guild socialism of G. D. H. Cole attempted to envision a socialist alternative to Soviet-style authoritarianism, while council communism articulated democratic socialist positions in several respects, notably through renouncing the vanguard role of the revolutionary party and holding that the system of the Soviet Union was not authentically socialist.[29]

In Italy, the Italian Democratic Socialist Party broke away from the Italian Socialist Party in 1947, when this latter joined the Soviet-funded Italian Communist Party to prepare the decisive general election of 1948. Despite remaining a minor party in Italian Parliament for fifty years, its leader Giuseppe Saragat became President of Italy in 1964.

During India's freedom movement, many figures on the left of the Indian National Congress organized themselves as the Congress Socialist Party. Their politics, and those of the early and intermediate periods of Jayaprakash Narayan's career, combined a commitment to the socialist transformation of society with a principled opposition to the one-party authoritarianism they perceived in the Stalinist revolutionary model. This political current continued in the Praja Socialist Party, the later Janata Party and the current Samajwadi Party.[30][31] In Pakistan, Zulfikar Ali Bhutto introduced the concept of democratic socialism, and the Pakistan Peoples Party remained one of the prominent supporter for the socialist democratic policies in the country. Pakistan Socialist Party and Pakistan Social Democratic Party, together with PPP, committed to the socialist transformations and reforms with an opposition to one-party dictatorship and authoritarianism.

In the Middle East, the biggest democratic socialist party is the Organization of Iranian People's Fedaian (Majority).

The folkesocialisme or people's socialism that emerged as a vital current of the left in Scandinavia beginning in the 1950s could be characterized as a democratic socialism in the same vein. Former Swedish prime minister Olof Palme is an important proponent of democratic socialism.[32]