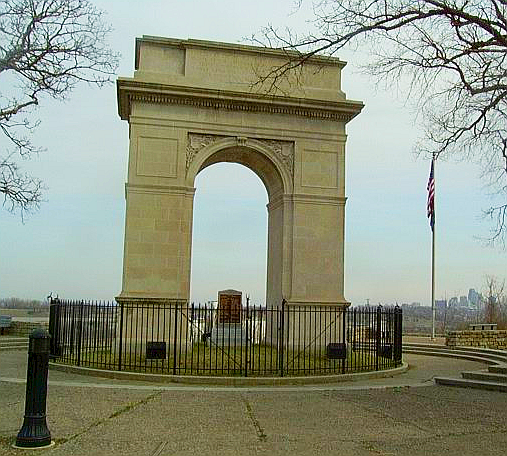 The Rosedale Arch is dedicated to the men of Rosedale, a neighborhood district and former municipality on the southern edge of , who served in . Inspired by the , the Arch was designed by John LeRoy Marshall, a Rosedale resident, and dedicated in 1924. Located on Mount Marty, the flood-lighted is most easily visible at night from the intersection of Rainbow Boulevard and Southwest Boulevard. A historic marker was dedicated under the arch in 1993 to honor the soldiers of , , and .