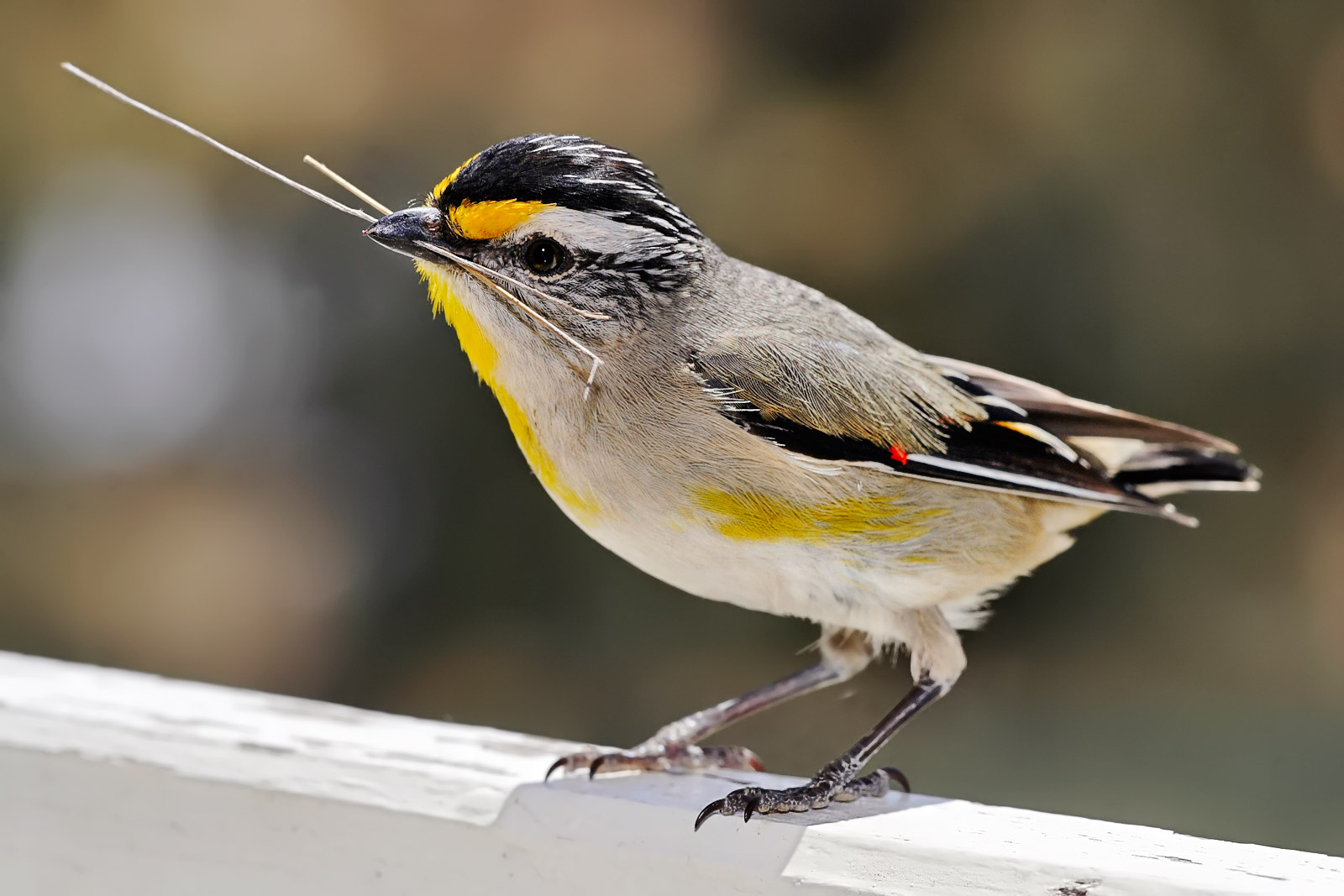 The Striated Pardalote ("Pardalotus striatus") is the least colourful and most common of the four . It is a very small, short-tailed bird that is more often heard than seen, foraging noisily for lerps and other small creatures in the treetops.

Striated Pardalotes occupy a vast range of habitat types, from tall mountain rainforest to arid scrubland, and are found in all parts of except some of the Western Australian deserts.

Four full species were originally named, and are clearly recognisable in the field. They are now classified as merely well-defined instead.

All five forms have a black cap which may be striated but never spotted, a white wing stripe and a small, conspicuous wing spot&mdash;bright red in all except "striatus", which has a yellow spot.