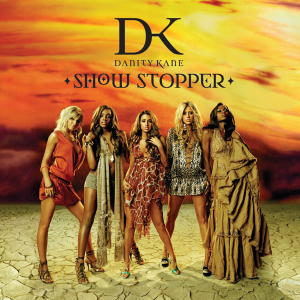 "Show Stopper" is a -snap song written by Angela Hunte, Krystal Oliver, Calvin Puckett, Frank Romano, and James Scheffer for 's debut album "Danity Kane" (2006). It features guest vocals by rapper and was produced by . The song was released as the album's lead single on , (see ) in the and on , in . While "Show Stopper" peaked at number 8 on the official "" chart, it managed to enter the top 30 in .

The music video for "Show Stopper" was directed by Jessy Terrero (director of the movie "" and many of 's videos), and was filmed in various locations throughout , between and 28, . Apart from rapper whose part was filmed inside his van while he was on his way back to the airport because of a lack of time, Diddy also recorded a sequence with his verse in the song which appears in the version of the music video and features only the girl's full dance portion of the original version.

Thematically, the video starts with the band members in the recording studio listening to their album cut "Want It" with Diddy as he tells them to go straight to bed and not go out and club hop. Then the girls go into a van and get "made up" and then go out on the town in expensive cars, looking for boys and flirting. The video ends with the girls dancing on the .

The final version of the video premiered at the end of "" on on , . It reached a peak position of number two on "TRL" on , . The video also finished #6 on 's top videos of 2006 countdown.

The single was released on the U.S. on , , and peaked at number two on the top 100 songs after two days of downloading only. The following week "Show Stopper" instantly debuted at number 17 on the , becoming the one of the highest debuts of 2006 behind 's "" and 's "". While the song reached its peak position of number 8 in its second week, radio play and popularity on iTunes declined and it eventually fell out of the top 25. However, about 5 weeks after the radio release, the song finally started gathering airplay and subsequently moved back up the Hot 100, again peaking at number 12. It was certified by the in late .

While the song failed to chart or sell noticeably in , the song became a top 30 success in with a peak position of number 27. "Show Stopper" also enjoyed airplay success in the Philippines and Lithuania, and peaked at number 27 on the World R&B Top 30 and at number 34 on the World Top 40 Singles chart.