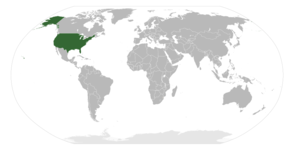 The organization has its roots in , where opened the country's first birth control clinic. Sanger incorporated the in 1923, which changed its name to Planned Parenthood Federation of America, Inc. in 1942. Since then, it has grown to about 880 clinic locations in the United States, with a total budget of approximately US$1 billion, and provides an array of services to over three million people.

Dealing with sexuality, the organization is often the centre of controversy in the United States. The organization's status as the country's leading provider of surgical s has put it in the forefront of national debate over the issue. Planned Parenthood has also been a party in numerous Supreme Court cases.

PPFA is a federation of 99 independent Planned Parenthood affiliates around the United States. These affiliates together operate more than 880 locations, offering a variety of services to more than three million people. Services include services, contraceptive () services; ; screening for breast, cervical and testicular cancers; ing and ; testing and treatment for s; sexuality education, treatments; vasectomies and s, and more. Not all services are available at all locations.

Planned Parenthood describes itself as "the nation's leading sexual and reproductive health care advocate and provider." In 2006, Planned Parenthood provided 289,750 surgical and medical abortions, about 3% of its total services. They referred 2,410 adoption cases that same year.

Planned Parenthood receives almost a third of its money in government grants and contracts ($336.7 million in FY 2007). In the 2006&ndash;07 Annual Report, clinic income totaled $356.9 million and miscellaneous operating revenues $65.5 million. Planned Parenthood is also heavily sponsored by private individuals, with over 900,000 active individual contributors. Large donors such as the , the s, and the contribute a substantial part of the organization's budget.

Some organizations that disagree with Planned Parenthood's mission and services have set up campaigns and petitions to stop Planned Parenthood from receiving government funding. [cite news
url=http://releases.usnewswire.com/GetRelease.asp?id=59589
title=ALL Launches Full-Scale National Campaign to Stop Planned Parenthood Tax Funding
publisher=U.S. Newswire
date=, ] They have often also asked for boycotts of private donors to Planned Parenthood, though there has been no notable success in this regard.

Planned Parenthood traces its origins to 1916 when opened the first American birth control clinic in , . The organization began as the and was incorporated in 1923. The League was influential in liberalizing laws against birth control throughout the 1920s and 1930s before changing its name to Planned Parenthood Federation of America, Inc. in 1942.

was president of the Planned Parenthood Federation of America from 1978 to 1992, the longest term in the organization's history since Sanger. During her term in office, the organization considerably expanded its services and became publicly visible in working for women's reproductive rights.

tand on political and legal issues

Planned Parenthood and its predecessor organizations have provided and advocated for access to birth control. The modern organization of Planned Parenthood America is also an advocate for , including the right to abortion. This advocacy includes contributing to sponsorship of abortion rights and women's rights events [Planned Parenthood was one of the co-sponsors of the held April 25, 2004.] and assisting in the testing of new contraceptives. [Planned Parenthood has been engaged in large scale tracking of the effectiveness and safety of within its clinics. cite web
author =
year = 2004
url = http://www.plannedparenthoodrx.com/annualreport/report-04.pdf
title = PPFA 2003–2004 Annual Report
format = PDF
publisher = Planned Parenthood Federation of America
accessmonthday = January 29
accessyear = 2006] The group opposes restrictions on abortion, including:
* laws requiring parental consent or notification for girls under the age of 18 (or 17 in some states) to have an abortion
*laws requiring an ultrasound before abortion (many Planned Parenthood clinics perform, but do not "require", ultrasounds)
*laws requiring a waiting period (ranging from a couple of hours to a day or more)

Planned Parenthood has been accused by pro-life organizations of agreeing not to report cases of to the authorities; for example, a pro-life activist, posing as a 13-year-old impregnated by her 22-year-old boyfriend, called over 800 clinics requesting an abortion. According to the recorded audio and transcripts, over 90% of the clinics agreed to her request not to report the boyfriend to the police for statutory rape. [cite news
title = Pro-Life Group Launches Undercover Sting
url = http://www.foxnews.com/story/0,2933,54079,00.html
publisher = Fox News
date = 2002-05-31
accessdate = 2007-03-12]

In 2007 Planned Parenthood in various states was subjected to a series of phone calls by students on the staff of a student-run magazine, "The Advocate", run by a student pro-life organization. The calls included one in July 2007 to Planned Parenthood of Idaho offering a donation if it could be earmarked for abortions for black women because, "the less black kids out there the better." Answering the phone call, the organization's vice president of development and marketing said, "Understandable, understandable" and continued, "Excuse my hesitation, this is the first time I've had a donor call and make this kind of request, so I'm excited and want to make sure I don't leave anything out." Planned Parenthood of Idaho's CEO later issued a statement saying that the officer "violated the organization's principles and practices" and was suspended. [cite news | last = Forester | first = Sandra | title = Response to caller 'a serious mistake,' says Planned Parenthood of Idaho | work = | publisher = | date = 2008-02-28 | url = http://www.idahostatesman.com/newsupdates/story/308723.html | accessdate = 2008-03-16 ] The editor of "The Advocate" stated that Planned Parenthood of Idaho and the six other states were selected, in part, for having laws that allow single party approval of taped telephone conversations. [cite news | last = Boise Weekly Staff | title = Say What? | work = | date = 2008-03-05 | url = http://www.boiseweekly.com/gyrobase/Content?oid=oid%3A311720 | accessdate = 2008-03-16] [cite news | last = Linares | first = Edgar | title = Group protests Planned Parenthood | work = KTVB TV | publisher = NBC Affiliate | date = 2008-03-01 | url = http://www.ktvb.com/news/localnews/stories/ktvbn-mar0108-planned_parenthood_rally.12209cf5.html | accessdate = 2008-03-16 ]

Notable among these cases is the 1992 case "", where Planned Parenthood is the Southeast Pennsylvania Chapter, and Casey is the late Robert Casey, who was a pro-life Democratic Governor of Pennsylvania.

The ultimate ruling was a split plurality, in which "" was upheld in an opinion written by Justices , , and , all of whom were Republican appointees to the Supreme Court, with Justices and (also Republican appointees) concurring with the main decision in separately written opinions. The Supreme Court also struck down spousal consent requirements for married women to obtain abortions.

Dissenting were Justices , , , and , all of whom were Republican appointees except for Justice White. Justices Blackmun, Rehnquist, and White were the only justices who voted on the original "Roe v. Wade" decision in 1973 who were still on the High Court to rule on this case, and their votes on this case were consistent with their votes on the original decision that legalized abortion [ [http://straylight.law.cornell.edu/supct/html/historics/USSC_CR_0505_0833_ZS.html Planned Parenthood of Southeastern Pennsylvania v. Casey ] ] .