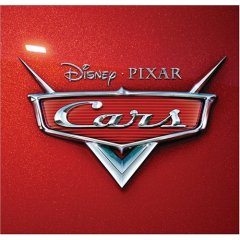 "Cars" is the original soundtrack album of the animated feature film of the same name. Nine songs from the soundtrack are from popular and contemporary artists. The styles of these songs vary between pop, , country and rock. The remaining eleven pieces are orchestral scores composed and conducted by .

On , , the soundtrack's position on the shot up from #126 to #47, with a 209% sales increase of 25,000 units. This was most likely due to the holiday season and the fact that "Cars" was released on . This was the first soundtrack to ever achieve Gold Certification in the United States.

There is also another song that was very popular in the movie but not listed in the soundtrack. It is called "Rolling in the Rearview" by the group Headbone. The song is playing as the "modded up" car gang is approaching "Mac" the truck while he is sleeping. The Character "DJ" is playing this song just before he switches over to a slower song (Songbird by Kenny G).

"Lightning McQueen's Fast-Tracks" is a produced by Fred Molin, that contains "revved-up road tunes" not featured in but inspired by "Cars".