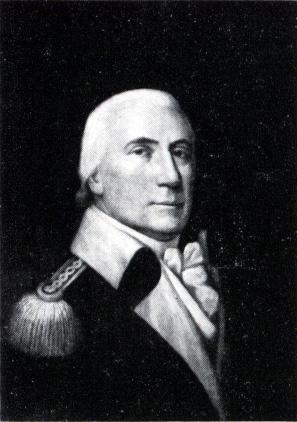 Martin was born in , the son of a Presbyterian minister. His parents were of Scots-Irish descent. He attended the College of New Jersey (later known as ), graduating with an B.A. degree in 1756 and an M.A. in 1759. He moved to around 1761 and became a practicing attorney in Guilford County.

In 1774, Martin was elected to the Assembly in North Carolina. He was commissioned a lieutenant colonel in the in 1775, and in 1776 was promoted to colonel in command of the . He helped defend against the first British attempt to take Charleston, and then fought at the battles of Brandywine and Germantown. He was accused of cowardice and court-martialed for his conduct at Germantown. Although acquitted, he was compelled to resign his commission. He returned to North Carolina, where he served in the during periods from 1778 to 1782, in 1785, and from 1787 to 1788.

In 1782, the General Assembly elected him ; he served until 1785. Martin was elected to be a delegate to the in 1786 but resigned without attending a session. He was a delegate to the , but he left before the document was signed. He was elected Governor by the legislature once again in 1789, 1790, and 1791.

Martin was elected to the and served there for a single term from 1793 to 1799. As an Anti-Federalist member of Congress, he opposed the but supported the . Also an advocate for education, Martin served on the Board of Trustees of the from 1790 until his death in 1807.

The General Assembly refused to appoint him to a second term in the U.S. Senate; Martin then retired to his North Carolina farm. He did return to politics during the last years of his life, serving from 1805 to 1807 as .