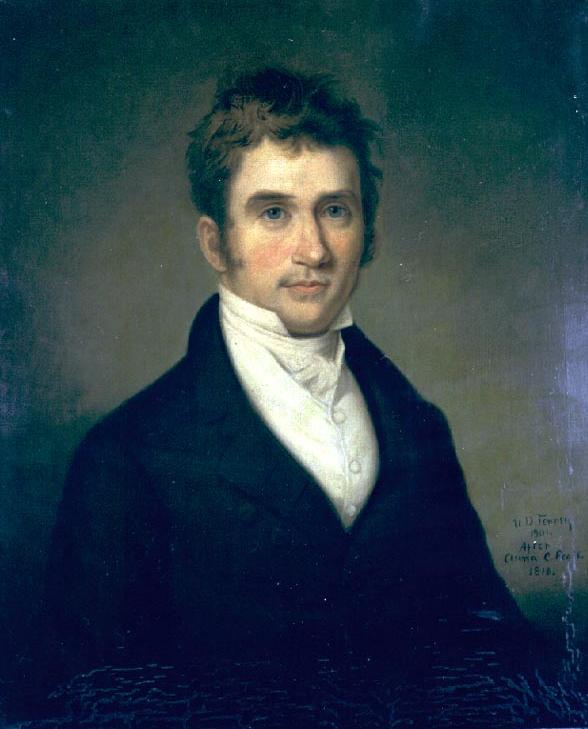 John Branch, Jr. (, ndash , ) served as U.S. Senator, Secretary of the Navy, governor of the state of , and was the sixth and last territorial governor of .

Branch was born in , on , , the son of wealthy landowners. Educated as a lawyer, he occupied himself as a planter and civic leader. Branch served in the from 1811 to 1817 and was the state's Governor from 1817 to 1820. After further service in the state Senate, he represented in the from 1823 until 1829 and was a strong supporter of .

When Jackson became President, he selected Branch as his . In that post, Branch promoted several reforms in the Navy's policies and administration, many of which were not implemented until years later. He reduced the resources going to the construction of new ships, while increasing those applied to keeping existing vessels in good repair. Branch also sent the frigate USS Potomac to the to punish the murderers of a U.S. merchant ship's crew and to generally promote and protect American commerce in the region.

John Branch resigned as Secretary in 1831, during the scandal. He was elected in that year to the U.S. House of Representatives and later to state political offices. In the mid-1830s, he moved to Leon County, , where he lived for much of the next decade-and-a-half on his Live Oak Plantation. In 1844, President appointed him Florida's territorial governor until the 1845 election of a governor under the state constitution. Branch returned to in the early 1850s, remaining there until his death on , .

Branch was an uncle of the Confederate General .