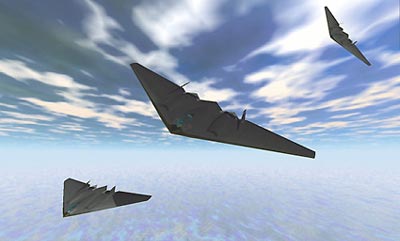 The TR-3A is claimed to be a subsonic stealth spyplane with a design of some sort. It was alleged to have been used in the to provide laser designation for fighters (attack bombers), for targeting to use with s (). The TR-3A is supposedly manufactured by .

Because there is no hard evidence of the involvement of any other stealth aircraft in the Gulf War, another hypothesis has arisen. This holds that whatever vehicle has been identified as the "TR-3" is nothing more than a prototype for the .