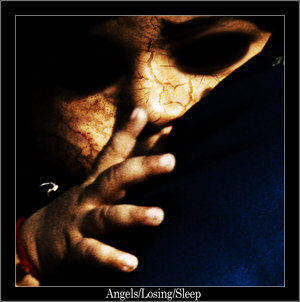 "Angels Losing Sleep", also written as "Angels/Losing/Sleep", is a single by from the album "". It was the most successful single of that album and fared well on both the American and charts.

Our Lady Peace reported that they almost dissolved as a band during the making of the "Healthy in Paranoid Times" album, and that "Angels Losing Sleep" was one of the more difficult songs to write and work on with the other members.

Our Lady Peace has been known to incorporate themes into their music and this shows in "Angels Losing Sleep", with lyrics such as "looks like the is gone", and of course the title, "even the Angels are losing sleep". The song is described as being centered around a person who is forced to watch a friend lose faith in their religion, and the central character being there for that person, only able to wait and offer comfort and support.