"For the album of the same title released by the band Kix, see Hot Wire. For the article about starting cars without the keys, see ." 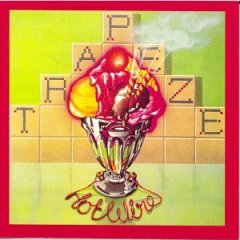