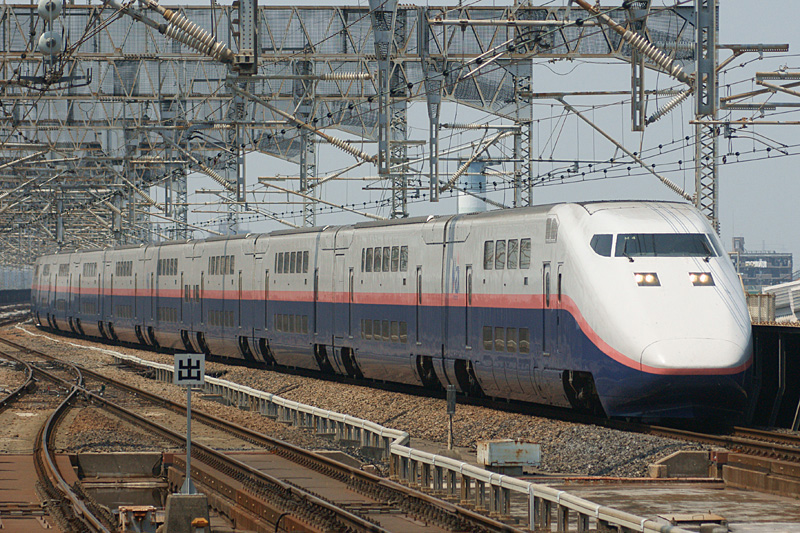 The program was initiated in 1971 by Niigata-born prime minister . Trial runs over the line began in November 1980, reaching a record 210 km/h in 1981. Regular service began on . The line was initially planned to terminate at , but economic considerations pushed JNR to merge the line with the existing line at Ōmiya.

In September 1991, a train set a speed record of 345 km/h on the Jōetsu Shinkansen line, and in December 1993, the STAR21 experimental train managed 425 km/h. The maximum speed for regular services on the line is currently 240 km/h.

There is also a 1.8 km spur from Echigo-Yuzawa to , which is used in the winter months to bring passengers to a nearby ski resort.