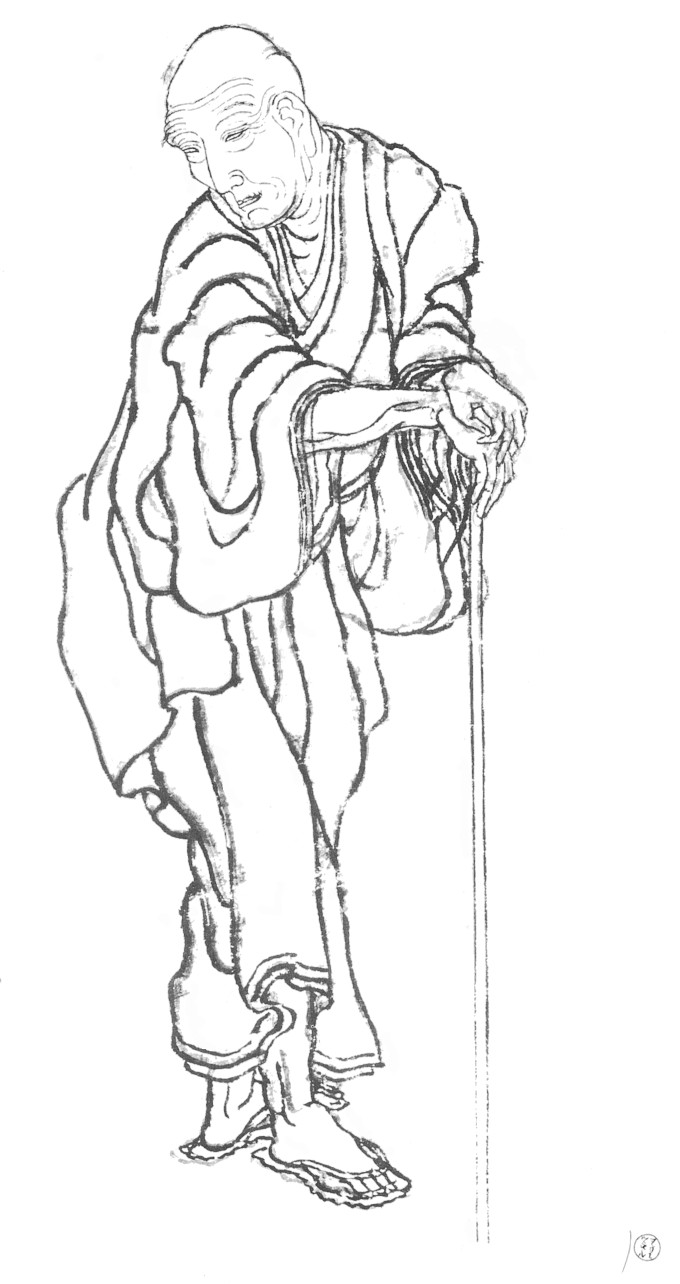 imagesize = 156px
caption = Katsushika Hokusai, in an 1839 self-portrait
birthname = Tokitarō
時太郎
birthdate = October or November 1760
location = (now ),
deathdate = death date|1849|5|10|mf=y (age 88)
deathplace =
nationality = Japanese
field = and Woodblock Printing
training =
movement =
works = "The Great Wave"
patrons =Alex
influenced by = ,
influenced =
awards =
nihongo|Katsushika Hokusai|葛飾北斎|extra=October or November 1760&ndash;May 10, 1849 was a ese , painter and of the . In his time he was Japan's leading expert on . [Daniel Atkison and Leslie Stewart. " [http://www.csuchico.edu/art/contrapposto/contrapposto99/pages/essays/themefloating/hohusaimnt.html Life and Art of Katsushika Hokusai] " in "From the Floating World: Part II: Japanese Relief Prints", catalogue of an exhibition produced by . Retrieved 9 July 2007; [http://web.archive.org/web/20021108104201/http://www.csuchico.edu/art/contrapposto/contrapposto99/pages/essays/themefloating/hohusaimnt.html archive link] ] Born in (now ), Hokusai is best-known as author of the woodblock print series "Thirty-six Views of Mount Fuji" (c. 1831) which includes the iconic and internationally recognized print, "", created during the 1820s. Hokusai created the "Thirty-Six Views" both as a response to a domestic travel boom and as part of a personal obsession with .