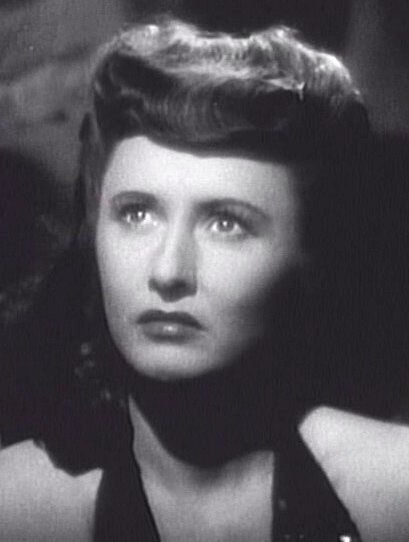 Barbara Stanwyck (, fy|1907&ndash;, fy|1990) was an American actress, a star of film and television, known during her 60-year career as a consummate and versatile professional with a strong screen presence, and a favorite of directors such as , and .

Barbara Stanwyck was born Ruby Catherine Stevens in to Catherine Ann McPhee, a Canadian immigrant from , and Byron E. Stevens, an American. [cite web | url=http://freepages.genealogy.rootsweb.com/~battle/celeb/stanwyck.htm | title=Barbara Stanwyck (Ruby Catherine Stevens) Genealogy | publisher=RootsWeb.com | accessdate=2007-06-21] When she was two, her mother, who was pregnant at the time, died after being pushed off a moving trolley by a drunk. By age four, her father had abandoned the family. She was raised in s and by an elder sister, but began working at age 13, and was a fashion model and by the age of 15. She was reared in , , where she attended . [ [http://www.nypost.com/seven/12312006/sports/the_rumble_sports_.htm?page=3 "The Rumble: AN OFF-THE-BALL LOOK AT YOUR FAVORITE SPORTS CELEBRITIES"] , "", , . Accessed , . "Erasmus also boasts Neil Diamond, Barbra Streisand, Mae West, Mickey Spillane, Barbara Stanwyck and Beverly Sills."]

In 1926, Stanwyck began performing at the in the drama "", which became one of the biggest hit plays of the season. She co-starred with actors and . Cherryman and Stanwyck began a romantic relationship. [Muller, Eddie. "Dark City:The Lost World of Film Noir". St. Martin's Griffin, 1998. ISBN 0-3121-80764] The relationship was cut short however, when in 1928, Cherryman died at the age of 30 of septic poisoning while vacationing in . Her performance in "The Noose" earned rave reviews, and she was summoned by film producer to make a screen test for his upcoming 1927 "Broadway Nights" where she won a minor part of a r after losing out the lead role, because she couldn't cry during the screen test. [ [http://www.arabella-and-co.com/5/bsmovies.htm Arabella & Co-Barbara Stanwyck ] ] This marked Stanwyck's first film appearance.

In 1926, a friend introduced Stanwyck (then known under her original name) to , who was casting his play "The Noose". Asked to audition, she was hired on the spot. Willard thought a great deal of the actress and believed that to change her image, she needed a first class name, one that would stand out. He happened to notice a playbill for a play then running called "Barbara Frietchie" in which an actress named Jane Stanwyck appeared. He used this to come up with "Barbara Stanwyck" as Ruby's new stage name. She was an instant hit and he even rewrote the script to give her a bigger part.

Stanwyck was known for her accessibility and kindness to the backstage crew on any film set. said she was "destined to be beloved by all directors, actors, crews and extras. In a Hollywood popularity contest she would win first prize hands down." She received an "for superlative creativity and unique contribution to the art of screen acting" in fy|1982. Long time film critic described Stanwyck's acting as " [she] seems to have an intuitive understanding of the fluid physical movements that work best on camera" and in reference to her early 1930s film work "...early talkies sentimentality ...only emphasizes Stanwyck's remarkable modernism." [ [http://http://www.cinemagraphe.com/barbara-stanwyck.php "Quotation of review of the film Ladies of Leisure"] , Accessed , . "Quoted From page 403, Kael, Pauline.5001 Nights At The Movies, Henry Holt, 1991. ISBN 978-0805013672]

When Stanwyck's film career declined in 1957, she moved to television. Her ytv|1961&ndash;ytv|1962 series "" was not a ratings success but earned the star her first . The ytv|1965&ndash;ytv|1969 Western series "" on ABC made her one of the most popular actresses on television, winning her another Emmy. She was billed as "Miss Barbara Stanwyck," and her role as head of a frontier family was likened to that of Ben Cartwright, played by in the long-running series "". Stanwyck's costars included Richard Long (who had been in Stanwyck's fy|1953 film "All I Desire"), , , and .

Years later, Stanwyck earned her third Emmy for "The Thorn Birds". In ytv|1985, she made three guest appearances on the hit primetime soap opera "Dynasty" prior to the launch of its ill-fated spin-off series "" in which she starred alongside , and . Stanwyck remained with the series for only one season (it only lasted for two), and her role as Constance Colby Patterson would prove to be her last. Ironically, (producer of "") had initially wanted Stanwyck for the lead role of Angela Channing on the successful 1980s soap opera, "", but she turned it down. The role ultimately went to .

always credited her with saving his career when they co-starred in "". They remained lifelong friends. Stanwyck and Holden were presenting the Best Sound Oscar. Holden paused to pay a special tribute to Stanwyck. Shortly after Holden's death, Stanwyck returned the favor at an awards ceremony, with an emotional reference to "her golden boy."

Her first husband was actor Frank Fay. They were married on , fy|1928. On , fy|1932 they adopted a son, Dion Anthony "Tony" Fay, who was one month old. (He and Stanwyck eventually became estranged.) The marriage was a troubled one; Fay's successful career on Broadway did not translate to the big screen, whereas Stanwyck achieved stardom, after a short bumpy start. Also, Fay reportedly did not shy away from physical confrontations with his young wife, especially when he was inebriated. Some film historians claim that the marriage was the basis for "A Star is Born". [ [http://dolshouse.com/fame01/22.htm DOL of Fame - March 22, 2001 ] ] The couple divorced on , fy|1935. Rumors of Stanwyck's sexuality have lingered for decades, with it being said that she was in fact or , and that she'd had an affair with actress , during the same time frame that Bankhead was having her affair with actress . [ [http://www.glbtq.com/arts/film_actors_lesbian,2.html Film Actors: Lesbian] ] While such rumors were never confirmed by Stanwyck, similar stories about her are featured in books about lesbians in Hollywood. Stanwyck and actor Robert Taylor began living together. Their 1939 marriage was arranged with the help of the studio, a common practice in Hollywood's golden age. She and Taylor enjoyed their time together outdoors during the early years of their marriage, and were the proud owners of many acres of prime West Los Angeles property. Their large ranch and home in the Mandeville Canyon section of Brentwood in is to this day referred to by locals as the old "Robert Taylor ranch".

Taylor would have several affairs during the marriage, including one with . Stanwyck was rumored to have attempted when she learned of Taylor's fling with . She ultimately filed for divorce in 1950 when a starlet made her romance with Taylor public. The decree was granted on February 21, 1951. Even after the divorce, they still acted together in Stanwyck's last feature film "" (fy|1964). Stanwyck was reportedly devastated when many of his old letters and photos were lost in a house fire. She never remarried, collecting alimony of 15 percent of Taylor's salary until his death in 1969.

Stanwyck reportedly had an affair with actor , whom she met on the set of "Titanic". Wagner, who was 22 years old at the time, and Stanwyck, who as 45, enjoyed a four-year romance, as described in Wagner's 2008 memoir, "Pieces of My Heart". Stanwyck eventually broke off the relationship. [ [http://www.cnn.com/2008/SHOWBIZ/09/23/wagner.stanwyck.affair.ap/index.html?iref=mpstoryview CNN: Robert Wagner's memoir reveals love affair] ]

Stanwyck's years were active, with charity work done completely out of the limelight. She became somewhat reclusive following a robbery in her home while she was present; her assailants pushed her into a closet, but she suffered no serious physical injury.