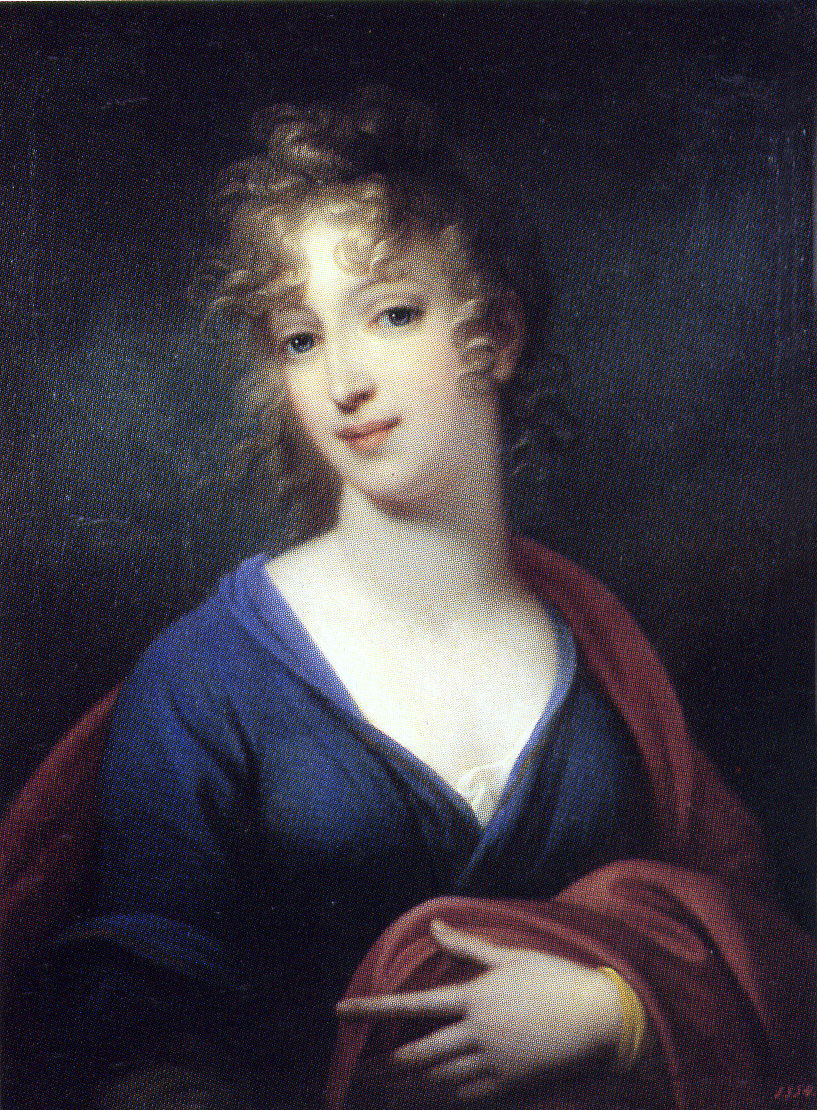 Grand Duchess Elena Pavlovna of Russia ( _ru. Великая Княжна Елена Павловна; &ndash; ) was a daughter of Grand Duke, later Tsar and his second wife . After marrying the son and heir of the of she became spouse to the heir and thus dropped her Russian title.

Elena Pavlovna was born in , capital city of the . The arrival of a second daughter was happy news to her father, Paul Petrovich, who had lost his first wife Wilhelmina Louisa of Hesse-Darmstadt in childbirth, eight years before. She was also said to be very beautiful so her grandmother, the Empress Catherine, named her after .

Elena was a younger sister of , and . She was also an older sister of , Ekaterina Pavlovna of Russia, , , and .As a girl, Elena was educated privately at home, her first years' education being supervised by her paternal grandmother, the formidable . As any other royal of her time, the Grand Duchess' was focused mainly on art, literature and music. Her real purpose in life, eventually, would be to marry well and provide her husband-to-be with children. Out of all her siblings, Elena Pavlovna was closest to her older sister Alexandra, whose life was shaped practically the same as was Elena's.

If royal males have gone down in history for their political and military decisions, women have played decisive roles in uniting through blood and marriage all European royal families. Elena's mother, (by now known as Maria Fyodorovna following her baptism in the Orthodox faith), turned out to be an excellent matchmaker. Although one of her daughters died as an infant, the rest married members of Europe's most important and prestigious royal houses.

It was customary for European princesses to travel to their husband's homelands to wed; Russian Grand Duchesses were always the exception, as they were all married at home following tradition. On Elena Pavlovna and Friedrich Ludwig were married at the palace of . (Her sister Alexandra followed her example and married her fiancé in the same place one week later).

Life in Schwerin and death

Grand Duchess Elena Pavlovna (now Princess Elena) moved to with her husband. There she was introduced to a whole new court, quite different from the oppulence of the splendours of Saint Petersburg. She was quite content with her married life and soon after the wedding she was with child. In September 1800 she gave birth to a son, from 1837 till 1842, who was named so after his grandfathers, the Tsar of Russia and the Grand Duke of Mecklenburg-Schwerin. The year 1801 had been especially hard for Elena, for she lost two close members of her family in just a few days. On her sister Alexandra died in after giving birth to a daughter Alexandrine, who died too a few days before. Just eight days later her father, the tsar, was assassinated following a coup probably led by his own son and heir, . The following year Elena became pregnant again and in March 1803 produced a daughter whom they named Maria after her maternal grandmother the Dowager Tsarina.

In September 1803, Elena Pavlovna fell gravely ill and died suddenly on . She was buried with great sorrow in the Helena Paulovna Mausoleum in which was named in her memory. Several members of the Mecklenburg-Schwerin dynasty, including her husband's second wife, are buried there.

However, Grand Duchess Elena Pavlovna's role in genealogical history is not to be slighted. Her great-granddaughter, , married in 1884; another great-granddaughter, Princess Marie of Mecklenburg-Schwerin (known as Miechen) married ; her brother Franz Friedrich married Grand Duchess Anastasia Mikhailovna, daughter of Grand Duke Michael Nikolaievich of Russia. His daughter, Duchess was Crown Princess of Germany through marriage, and her younger sister became of .

Elena's widower, Friedrich Ludwig, remarried in 1810 and again became a widower in 1816. In 1818 he married a Princess of but he died the following year. He never became Grand Duke because his father outlived him, and he was succeeded by Elena Pavlovna's son, Paul Friedrich, in 1837.