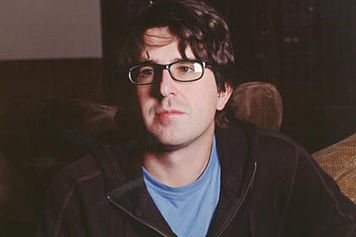 A founding member of the groups and , Barlow is credited

Barlow attended high school in , where he met . The two formed the -based band . joined the band after answering their ad for, "drummer wanted to play really fast". [Azerrad, Michael: "Our Band Could Be Your Life: Scenes from the American Indie Underground 1981-1991.", page 348. Little, Brown and Company., 2001] After becoming disillusioned with the constraints of hardcore, Deep Wound broke up in 1984. Mascis and Barlow reunited to form Dinosaur (later ) later that year. Throughout its early existence, however, Mascis and Barlow had frequent personality conflicts and after the release of their third album "Bug" in 1988 and the initial supporting tour, Barlow was kicked out of the band. [Allmusic.com]

In 2005, Barlow rejoined the band alongside the original drummer, Murph. Since then, the band has reissued its first three records, toured the world extensively, and released a new record, "Beyond".

After his dismissal from Dinosaur Jr., Barlow turned his attention to his side-project , which he had formed several years earlier with the multi-instrumentalist . The project featured lo-fidelity recording techniques and combined Barlow's introspective, confessional songwriting with Gaffney's discordant noise collages. Bassist and songwriter was later added to the line-up. Sebadoh's early efforts include 1989's "The Freed Man" and 1990's "Weed Forestin'," which were later combined into the double album "".

In 1991, Barlow began work on the first of many side projects in reaction to the growing popularity of Sebadoh. He dubbed his largely solo effort and reverted to earlier recording techniques, making much use of sampling and a four-track machine. Sentridoh released a series of recordings available only on cassette tape on the Shrimper label, with the highlights later being compiled on CD on 1994's "Winning Losers: A Collection of Home Recordings" and 1995's "The Original Losing Losers" and "Wasted Pieces" in 1996. Another EP, "Another Collection of Home Recordings" was released in 1994 on Mint Records.

In 1994, Barlow formed the with fellow singer/songwriter John Davis. After the release of several Folk Implosion EPs and singles, Barlow & Davis composed most of the soundtrack for Larry Clark's film, Kids. From those songs, "," recorded by Walton Gagel, became a surprise top-40 hit following the success of the film. It remains Barlow's biggest commercial hit. The soundtrack also included previously released songs by , and .

After the release of "The Sebadoh" in 1999, Sebadoh went on hiatus and its members went on to pursue other projects. Barlow continued to work with the Folk Implosion, releasing "One Part Lullaby" in 1999. Barlow took a break from the Folk Implosion in 2000 to collaborate on an album (Subsonic 6) with Belgian musician . In 2003, Barlow released "The New Folk Implosion," an album which featured a new line-up, with Imaad Wasif on guitar and Russ Pollard, a Sebadoh veteran, on drums. This album met with mixed reviews from long-time Barlow fans, who felt that the album was unfocused and uneven [http://www.metacritic.com/music/artists/folkimplosion/newfolkimplosion#critics] . Also in 2003, Barlow appeared as a musician in the film Laurel Canyon. In Spring of 2004, Barlow briefly reunited with Jason Loewenstein for the Turbo Acoustic tour. During this tour, Barlow and J Mascis also reunited for a single performance of the song "Video Prick" with former Deep Wound vocalist Charlie Nakajima. This brief song with Mascis led to a full fledged reunion in 2005, with Barlow, Mascis & Murph playing "The Lung" on the 'Late Late Show with ' on April 15, 2005 and a show at in Los Angeles the following night. They then mounted well-received tours of the United States and Europe throughout the rest of the year. They continued to tour throughout 2006, heading to Japan, Australia and New Zealand.

2007 saw Barlow, again, reunite with a former bandmate when he and Jason Loewenstein reformed ' Classic' with Eric Gaffney and went out on the road from February through April as the original lineup for the first time in 14 years.

* Recorded an instrumental split album with on the Sub Rosa label
* Sings on the track "Some" from 's debut album "License to Confuse" (Sharon Stoned is a side-project of ).
* Sings on the tracks "My Brother Moves" and "Everything You Know Is Wrong" from the Production Club album "Follow Your Bliss".

Barlow's latest album, his first "official" solo effort, is entitled "" and features many long-time collaborators and colleagues, including Abby Barlow and Jason Loewenstein. The album, released in January 2005, "takes the songs of Sentridoh and rolls them up into the production values of Folk Implosion to create a sound rarely found in the Barlow catalog" [http://www.emusic.com/album/10859/10859777.html] . In November 2005 he toured Spain and the Iberian peninsula to promote his new album.