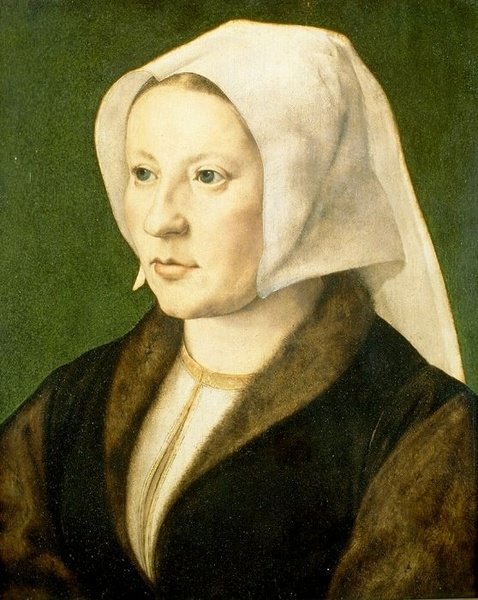 Isabella of Austria (also known as Isabella or Elisabeth of Burgundy, of Habsburg, or of Castile) ( &ndash; ), of , of Castile and of by birth and Queen of , and by her marriage to King Christian II, was the daughter of Philip I and Joanna of Castile and the sister of Emperor Charles V. She was born at .

On 11 July 1514 Isabella was married by proxy to King with , her grandfather, standing in for the king. A year later, the Archbishop of Norway was sent to escort her to . The marriage was ratified on .

Isabella was crowned Queen of Denmark and given the name Elisabeth, but the relationship between her family and king Christian was quite cool during the first year of the marriage. The King's Dutch mistress, , had been with him since 1507, and he was not about to give her up for a teenaged girl.

This angered the Emperor, and caused some diplomatic strife between him and King Christian, but the matter was resolved when Dyveke died in 1517, and Isabella's relationship with her husband improved vastly over the next few years.

She bore him three children, Hans, Christina and Dorothea, and when king Christian was deposed in 1523 by disloyal noblemen supporting his aging uncle Frederick, the new king wanted to be on good terms with her family. He wrote her a personal letter in her native German, offering her a dowager queen's pension and permitting her to stay in Denmark under his protection while king Christian fled to the .

But Isabella wrote back to duke Frederick in , stating that "ubi rex meus, ibi regna mea", that is "where my king is, there is my kingdom". She then left Denmark with her husband and their children. The young queen died at Ghent at just twenty-four years of age.

Note: Isabella's first daughter was the made famous in Holbein's portrait, painted when was looking for his fourth wife. Her younger daughter, Dorothea, married .

It is said that the daughter of 's Crown Prince Frederik and Crown Princess Mary, Princess Isabella, was named after her.