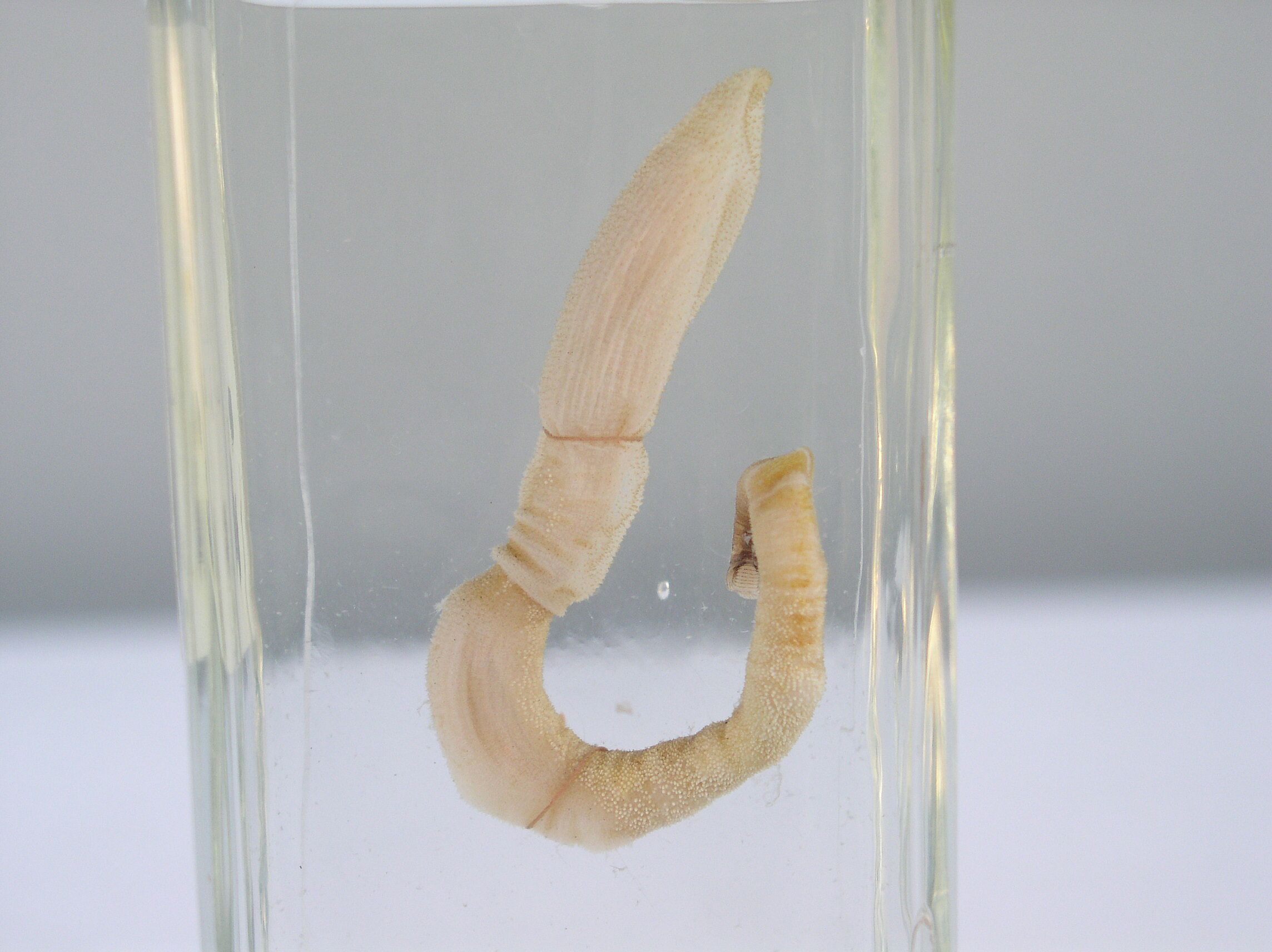 Hemichordata is a phylum of worm-shaped marine s, generally considered the sister group of the s. They date back to the Lower or Middle and include an important class of s called s, most of which became extinct in the . They seem to have a primitive form of , formed from a diverticulum of the foregut called a , but this is most likely the result of . A hollow neural tube exists among some species (at least in early life), probably a primitive trait they share with the common ancestor of and the rest of the deuterostomes.

The bodies of Hemichordates are divided into three parts, proboscis, collar and trunk. They have open circulatory systems and a complete digestive tract but the musculature in their gut is very poorly developed, and food is mostly transported through it by using the cilia that cover its inside surface.

Hemichordata are divided into two classes: the , commonly called acorn worms, and the , which may include the graptolites. A third class, , is proposed based on a single species known only from larvae. The phylum contains about 100 living species. The exact taxonomic position of hemichordata and whether the group is is currently under debate. One of the suggestions is that the pterobranchs are more basal deuterostomes, while the enteropneusts are an early offshoot of the lineage who are leading to .

* [https://www.webdepot.umontreal.ca/Usagers/cameroc/MonDepotPublic/Cameron/Species.html Cameron, C. B. "Classification of the extant hemichordata"]
* [http://tolweb.org/tree?group=Hemichordata&contgroup=Deuterostomia At the Tree of Life]
* Ruppert. Invertebrate Zoology, seventh ed.