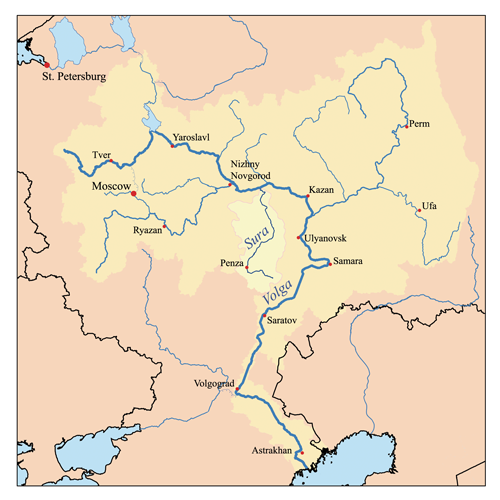 The city of , and smaller towns Alatyr, , lie along the Sura. At the confluence with the Volga there is a settlement of .