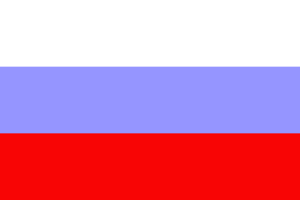 image_map_caption =
national_motto =
national_anthem =
capital = Van of Van Province
latd=|latm=|latNS=|longd=|longm=|longEW=|
common_languages = Armenian
currency = |
title_leader = Governor
leader1 =
leader2 =
leader3 =
year_leader1 = Apr 1915 &ndash; Dec 1917
year_leader2 = Dec 1917 &ndash; Mar 1918
year_leader3 = Mar 1918 &ndash; Apr 1918
event1 =
date_event1 = 19 August 1915
event2 = Transcaucasian Federation
date_event2 = 24 February 1918The Administration for Western Armenia (1915&ndash;18) was an n , with the autonomous region initially set up around after the of the , with the leadership of of . ["The Armenian People from Ancient to Modern Times: Foreign Dominion to Statehood", edited by Richard G. Hovannisian.] It was briefly referred to as Free . [ Robert-Jan Dwork Holocaust: A History by Deborah and van Pelt, p 38 ] After a setback beginning in August 1915, it was re-established in June 1916 as "Administration for Western Armenia" under the war zone. [http://www.worldstatesmen.org/Turkey.html#Western Administration] From December 1917, it was under , with as the Commissar, and during the early stages of the establishment of , it was included with other s in a briefly unified Armenia. [ [http://www.worldstatesmen.org/Armenia.html Armenian separate administration] ]

This provisional government stabilized itself using , forming an administrative structure after the Van Resistance around April 1915. Dominant representation was from the . Aram Manougian, "Aram of Van," was the administration's most famous governor.
[

The conflict began on April 20, 1915, with Aram Manougian as the leader of the resistance; it lasted for two months. In May, the Armenian battalions and Russian regulars entered the city and drove the Ottoman army out of Van.

After two months of self-government under the leadership of Manougian, the battle turned against the Armenian militia. 250,000 Armenians retreated to the Russian frontier.

During the counterattack, Manougian and , president of the of ) helped refugees from the region reach .

The government confiscated Russian property, turning it into s and dividing it among Armenian adult males. Over 40% of the population of Van left the city to go work on the farms. The Armenian government started a s and ammunition industry, and most of the formerly Russian mines were scrapped and used for building projects in Van. The Armenian government tried to impose taxes, but most people ignored the tax collectors.Fact|date=June 2008

The Near East relief brought relief to the victims of the war, organized in 1916 as Children's Home in Van. Children's Home helped children to learn to read and write and supported them with nice clothes. [Memories of Eyewitness-Survivors of the Armenian Genocide GHAZAR GHAZAR GEVORGIAN'S TESTIMONY Born in 1907, Van, Armenian valley, Hndstan village] Near East relief worked in Syria and "several hundred thousand" during the . [Jay Murray Winter "America and the Armenian Genocide of 1915" p.193]

In April 1915, reported the following to :quote|The Armenians intend to occupy by means of their refugees the lands left by the Kurds and Turks, in order to benefit from that territory. I consider this intention unacceptable, because after the war, it will be difficult to reclaim those lands sequestered by the Armenians or to prove that the seized property does not belong to them, as was the case after the . I consider it very desirableto populate the border regions with a Russian element... with colonists from the Kuban and Don and in that way to form a Cossack region along the border. [Gabriel Lazian (1946), "Hayastan ev Hai Dare" Cairo, Tchalkhouchian, pages 54-55.]

The agricultural possibilities located off the coastal districts and the upper reaches of the were considered suitable for Russian colonists. [Ashot Hovhannisian, from "Hayastani avtonomian ev Antantan: Vaveragrer imperialistakan paterazmi shrdjanits (Erevan, 1926), pages 77&ndash;79 ] The "Rules for the Temporary Administration of Turkish Areas occupied by the Right of War" was signed on June 18, 1916, instructing a governorship under the established system of Aram Manougian.

However, the deposed of the Russian crown, and the new establishment promised to reverse the policies in order to gain support of the Armenians.

Approximately 150,000 Armenians relocated to the provinces of Erzurum, Bitlis, Mush and Van in 1917. ["The Armenian People from Ancient to Modern Times: Foreign Dominion to Statehood," Richard G. Hovannisian, ed.] The Armenians began to build houses and till farmlands in preparation for the 1917 autumn harvest. The prospect of a new autonomous state seemed favorable for provisional governor Aram Manougian, with the administrative seat favorably located between Russia and the .

Although military front lines were relatively stable, 1917 marked the year of the Russian Revolution. and others asked for Armenian regulars in the European theater to be to be transferred to the Caucasus front, a move aimed to increase the stability of the provisional government.

The of the Caucasus was abolished by the on March 18, 1917, and all authority, except in the zone of the active army, was entrusted to the civil administrative body called the Special Transcaucasian Committee, or "Ozakom." was instrumental in having issue a decree about the administration of the occupied territories. This region was officially identified as "the land of Turkish Armenia" and transferred to a civilian rule under Zavriev, who oversaw districts Trebizon, Erzurum, Bitlis, and Van. [Richard G. Hovannisian, The Armenian People From Ancient To Modern Times. page 284] Each of the districts had their own Armenian governor, with Armenian civil officials.

The Russian army in the Caucasus was organized along national and ethnic lines, such as the Armenian volunteer units and on the eve of 1917. [ David Schimmelpenninck van der Oye, "Reforming the Tsar's Army: Military Innovation in Imperial Russia from Peter the Great," p. 52] However, the Russian Caucasus Army disintegrated, leaving Armenian soldiers to become the only defenders against the Ottoman Army. ["The Armenians: Past and Present in the Making of National Identity," ed. Edmund Herzig, Marina Kurkchiyan, p.96]

The had three main divisions, led respectively by , and . Armenian detachments accompanied these main units. The Ottomans outnumbered the Armenians three to one on a frontline convert|300|mi|km long, with high mountain areas and passes.

The chairman of the Van Relief Committee (Near East Relief) was , who, taking into consideration the general political situation, conveyed the one thousand five hundred orphans of Children's Home of Van to in 1917.

The (ACEA) representatives on the joined their colleagues in declaring independence of the Transcaucasus from Russia.

On April 5, head of the Transcaucasian delegation accepted the Treaty as a basis for negotiation and wired the governing bodies, urging them to accept this position.

The Ottoman Empire's , , sent the Third Army to Armenia. Under heavy pressure from the combined forces of the Ottoman army and the Kurdish irregulars, the Republic was forced to withdraw from to . The , May 22&ndash;26, 1918, proved that General could cause an Ottoman retreat. Further southeast, in Van, the Armenians resisted the Ottoman army until April 1918. The Armenians in Van were forced to evacuate and withdraw to Persia. explains the conditions of the resistance during March 1918: Quote|"In the summer of 1918, the Armenian national councils reluctantly transferred from Tiflis to Yerevan to take over the leadership of the republic from the popular dictator Aram Manukian and the renowned military commander Drastamat Kanayan. It then began the daunting process of establishing a national administrative machinery in an isolated and landlocked misery. This was not the autonomy or independence which Armenian intellectuals had dreamed of and for which a generation of youth had been sacrificed. Yet, as it happened, it was here that the Armenian people were destined to continue [their] national existence." ["The Armenians: Past and Present in the Making of National Identity," p. 98, edited by Edmund Herzig, Marina Kurkchiyan] |R.G. Hovannisian

The s sided with the Ottoman Empire and seized the lines of communication, cutting off the Armenian National Councils in and from the National Council in . The British sent a small military force under the command of Gen. into Baku, arriving on August 4, 1918.

On October 30, 1918, the Ottoman Empire signed the , and military activity in the region ceased. Enver Pasha's movement disintegrated with the armistice. [Fromkin, David (1989), "A Peace to End All Peace," The parting of the ways. (Avon Books).]

The Treaty of Brest-Litovsk, between the Ottoman Empire and Russian SFSR, included the establishment of Armenia in . The Administration for Western Armenia had a setback with the , forcing the Armenian borders to be pushed deeper into Russian Armenia.

The argued that it was natural to extend the borders to Armenian control, since after the Russian Revolution the region was controlled by Armenian volunteer units, and later by Armenia. The Armenian provisional government used as an argument, "the ability to control the region".

The majority of the population was becoming Armenian, as the Turkish inhabitants of the region moved to the western provinces; this became a secondary argument. With the defeat of the Ottoman Empire at the end of World War I, the Powers tried to determine the fate of .

During the , encouraged American president to accept a mandate for Anatolia, particularly with the support of the , for the provinces claimed by the Administration for Western Armenia during its largest occupation in 1916. Wilsonian Armenia became part of the .

The realities on the ground, however, were different. This idea was blocked in both the and the . The Treaty of Sèvres was superseded by the , and the fight for the "Administration for Western Armenia" was dropped from the table.

Today, as a continuation of the initial goal, the creation of a "free, independent, and united" Armenia including all the territories designated as Wilsonian Armenia by the Treaty of Sèvres &mdash; as well as the regions of , , and &mdash; is the main goal of the .

* April 19, 1915: Fire in the powder stores of the Van armoury.
* April 20, 1915: Armenians in the city of Van, the countryside, and small towns begin a local uprising.
* April 24, 1915: Ottoman governor asks permission to move the Muslim civilian population to the west.
* May 2, 1915: Ottoman Army moves close to Van, but withdraws because of the presence of the Russian Army.
* May 3, 1915: Russian Army enters Van.
* August 16, 1915: Ottoman Army besieges Van; Battle of Van.
* September 1915: Ottoman Army is forced out by Russians.
* August 1916: Ottoman Army moves to the west of the region (Mush and ), but is forced out within a month.
* February 1917: Russian units disintegrate. Armenian volunteer units keep formation.
* September 1917: The Armenian Congress of Eastern Armenia merges Armenian volunteer units into a single militia under its control.
* February 10, 1918: The Duma of the Transcaucasus convenes.
* February 24, 1918: The Duma of the Transcaucasus declares the region to be an independent, democratic, federative republic.
* March 3, 1918: The Treaty of Brest-Litovsk gives Kars, Ardahan, and Batum regions to the Ottoman Empire.
* March 4, 1918: The Administration for Western Armenia condemns the Treaty of Brest-Litovsk.
* March 9, 1918: The Administration for Western Armenia presents its position to the Ottoman Empire.
* May 22, 1918: Battle of Sardarapat; Armenian militia fight against the Ottoman Empire.
* May 28, 1918: The Armenian Congress of Eastern Armenia declares the formation of the Democratic Republic of Armenia and its independence from the Transcaucasian Democratic Federative Republic.
* August 4, 1918: General Lionel Charles Dunsterville leads a British expeditionary force into Baku and becomes the city's military governor.
* October 30, 1918: The Ottoman Empire signs the Armistice of Mudros, agreeing to leave the Transcaucasus.
* September 24 &ndash; December 2, 1920: The Turkish National Movement invades the DRA, seizing control of Wilsonian Armenia.
* December 4, 1920: The Red Army enters the capital of the DRA, bringing the DRA under Soviet control.
* October 23, 1921: The Treaty of Kars is signed, recognizing Turkish annexation of Wilsonian Armenia and granting Turkey the Province of Kars.