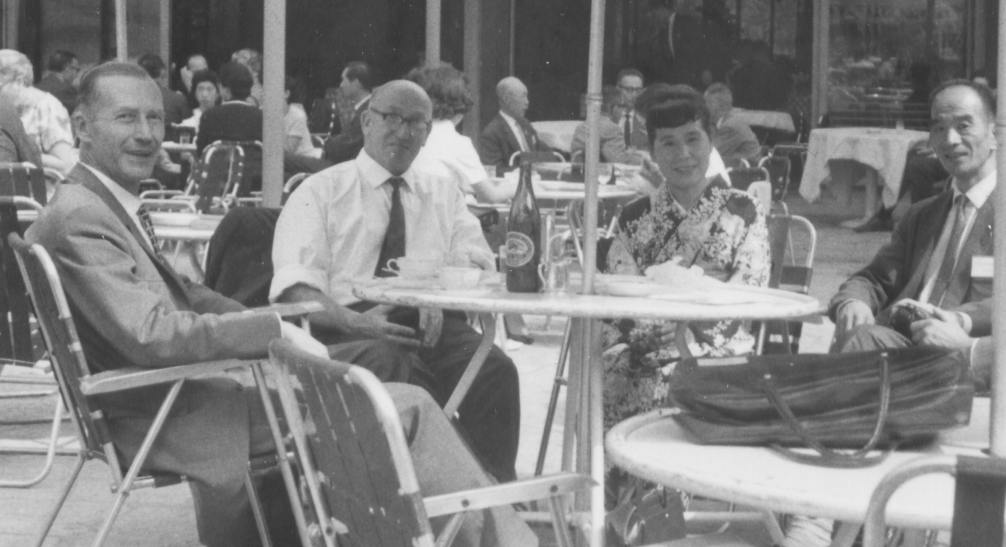 Louis Essen (, &ndash; , ) was an English whose most notable achievements were in the precise measurement of and the determination of the . He was critical of 's , particularly as it related to .

Born in , Essen earned his degree in from the in 1928, having studied at University College Nottingham. He started work at the National Physical Laboratory (NPL) the following year, under , investigating the potential of s and s for precise time measurement. His research led to his development of the in 1938, the clock soon becoming a standard for time measurement at observatories throughout the world.

The speed of light

During , Essen worked on and developed a number of instruments, including the . It was this work that suggested to Essen the possibility of a more precise measurement of the speed of light. In 1946, in collaboration with , he used a microwave cavity, of precisely known dimensions, and exploited his expertise in time-measurement to establish the for a variety of its s. As the of the modes was known from the geometry of the cavity and from , knowledge of the associated frequencies enabled a calculation of the speed of light. Their result, 299,792±3 km/s, was substantially greater than the prevailing sequence of optical measurements that had begun around the start of the 20th century and Essen had to withstand some fierce criticism and disbelief. Even NPL director Sir , while supporting the work, observed that Essen would get the "correct result" once he had perfected the technique. Moreover, at had used a similar technique and obtained a measurement which was more consistent with the conventional (optical) wisdom. However, a combination of Essen's stubbornness, his iconoclasm and his belief in his own skill at measurement (and a little help with calculations from ) inspired him to refine his apparatus and to repeat his measurement in 1950, establishing a result of 299,792.5±1 km/s, . This was the value adopted by the 12th General Assembly of the in 1957. Most subsequent measurements have been consistent with this value. In 1983, the 17th adopted the standard value, 299,792.458 km/s for the speed of light.

Essen earned his Ph.D. (1941) and D.Sc. (1948) from the University of London before becoming interested in the possibility of using the frequency of atomic spectra to improve time measurement. The feasibility of measuring time using as an atomic reference had been demonstrated by the US . In 1955, he developed, [Essen, L., and Perry, J. V. (1955), "An atomic standard of frequency and time keeping", Nature 176, p. 280.] in collaboration with Jack Parry, the first practical by integrating the caesium atomic standard with conventional quartz crystal oscillators to allow calibration of existing time-keeping.

This work led Essen to champion the caesium spectrum as an international time standard. The had already been proposed as such but Essen was convinced that caesium would prove more stable. However, the meeting in in 1955 had adopted the , developed by in the 19th century in terms of the Earth’s motion round the sun. The ephemeris second became a standard in 1960 but in 1967, at the 13th Conférence Générale des Poids et Mesures, the was redefined in terms of the spectrum of caesium that had been precisely measured by Essen in collaboration of the .

Essen spent all his working life at the National Physical Laboratory.

"No one has attempted to refute my arguments, but I was warned that if I persisted I was likely to spoil my career prospects."