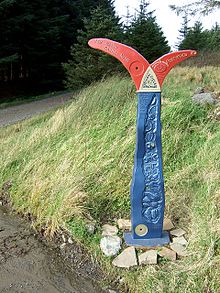 The Celtic Trail is a network of dedicated cycle routes in the National Cycle Network, crossing West, South and Mid Wales, and covering 377 miles in total. It is divided into east and west sections. The west section links Pembroke and Fishguard on the west coast to Swansea, and the east section covers the area from Swansea to Chepstow, Abergavenny and Hay-on-Wye in the east. It is largely traffic free but sections along the route are still being upgraded and improved. In some places there is a choice of a low-level route, or a high-level route for mountain bikes.

Places along Route 47 (from west to east) include: