Coachella Valley Music and Arts Festival
This article is about the annual music and arts festival. For other uses of "Coachella", see Coachella (disambiguation).

The Coachella Valley Music and Arts Festival (commonly known as Coachella or Coachella Festival) is a three-day (formerly a one or two-day) annual music and arts festival, organized by Goldenvoice (a subsidiary of AEG Live) and held at the Empire Polo Club in Indio, California, in the Inland Empire's Coachella Valley. The event features many genres of music including rock, indie, Hip Hop and electronic music as well as large sculptural art. The event has several stages/tents set-up throughout the grounds, each playing live music continuously. The main stages are: Coachella Stage, Outdoor Theatre, Gobi Tent, Mojave Tent, and the Sahara Tent (2006 also saw the addition of a smaller Oasis Dome). On May 31, 2011, Goldenvoice announced that the festival will be held over two separate weekends, starting in 2012.

The Coachella Music Festival has a desert setting (the city of Indio is a part of the California Desert), with daytime temperatures frequently rising to over 100 °F (38 °C). The festival enjoys little cloud cover or shade. The temperature drops drastically after sunset.

On the evening of November 5, 1993 the rock band Pearl Jam performed before almost 25,000 fans who stood and sat through the night on the lawns of Indio's historic and previously rock-festival free Empire Polo Club.[1] Although band management had chosen this untested and under-developed site as part of a boycott of Ticketmaster and the Southern California auditoriums it controlled, the event established the new venue's suitability for large-scale rock events. Such suitability was not a given: the grounds, essentially one vast irrigated desert lawn, sit in one of America's hottest and driest spots, and the region's lightly populated towns, while having a history as resorts, are several hours' drive from regional population centers (San Diego, Los Angeles, Las Vegas and Phoenix).

Six years later, on October 9 and 10, 1999 (a mere three months after the Woodstock 99 festival) the first actual Coachella Valley Music and Arts Festival (usually abbreviated simply as "Coachella Fest") was held. Due to Woodstock 99's fires and riots, Coachella promoters were not allowed to offer on site camping, a ban that continued until the 2002 festival.

About 25,000 people attended the two-day inaugural event, supporting headlining acts Beck, The Chemical Brothers, Tool, Morrissey, and Rage Against the Machine. Other acts included Jurassic 5, DJ Shadow, and Underworld. Originally, promoters had hoped to make the event three days (Friday-Sunday) and even considered the UK band Massive Attack to be the third day headliner - but those plans never came to fruition. The event went smoothly, with the biggest complaint being the blistering heat. It is reported, however, that the event failed to generate any profit, which nearly put an end to the festival.

No festival took place in 2000, likely due to the financial troubles of the inaugural festival. In 2001, however, festival organizers decided to give it another try. They decided to move the event to April (to avoid the intense heat of the late summer), and it was only scheduled for one day, most likely due to a tighter budget. However, the 2001 organizers once again ran into some trouble organizing the festival. Just months before the event was to occur, promoters still did not have a big headliner, and the festival was once again at risk of turning a net loss. In a surprise move, promoters turned to friend Perry Farrell, and were able to bring a reunited Jane's Addiction to the main stage as the event's headlining act. 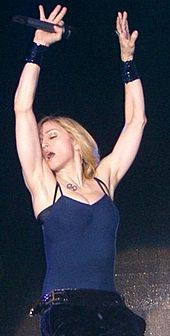 In 2002, the event once again returned to the two-day format, and saw a reunited Siouxsie and the Banshees, as well as headlining acts Björk and Oasis. The strong supporting acts helped prove to the community of Indio, California that the event was capable of bringing in money and ending without conflict.

Following the 2002 festival, Coachella began to generate large-scale interest, and the 2003 festival featuring Red Hot Chili Peppers and Beastie Boys (as well as a reunited Iggy Pop and The Stooges) drew the largest crowd yet. (This record, however, was broken by Rage Against the Machine's 2007 reunion performance which drew nearly 100,000 attendees.) Around this time, the Coachella Valley Music and Arts Festival began to develop worldwide interest.

The 2004 event, featuring a reunion of the Pixies, as well as Radiohead, Kraftwerk, The Cure and a number of other major bands, was the event's first sellout, with 50,000 tickets sold for each Saturday and Sunday. Since then, the festival has continued to generate large draws due to strong lineups from top to bottom, including such bands as Nine Inch Nails, Coldplay, Depeche Mode, Tool, Daft Punk, and Massive Attack.

The 2007 show was extended to three days and included headliners Red Hot Chili Peppers, a reunited Rage Against the Machine, and Björk, with all three headlining for their second time. Other notable performers included Arcade Fire, which had made a memorable 2005 Coachella appearance, LCD Soundsystem, Manu Chao, a rare American performance by former Pulp-frontman Jarvis Cocker, and Scarlett Johansson singing with a reunited the Jesus and Mary Chain.

The 2008 event did not sell out, for the first time since 2003, while featuring headliners Prince, Roger Waters, and Jack Johnson, along with notable rare appearances from Portishead, a reunited The Verve, Kraftwerk, Aphex Twin, a reunited Love and Rockets, and a reunited Swervedriver.

The 2009 event was hosted a week earlier than normal. The new dates were April 17, 18 and 19 with the third annual edition of the country-music Stagecoach Festival, to start the week after. The event featured notable performances such as Paul McCartney, The Cure, The Killers, My Bloody Valentine, Morrissey, Franz Ferdinand, M.I.A., Yeah Yeah Yeahs, and rare appearances from artists Leonard Cohen and Throbbing Gristle.

From April 16–18, 2010 the festival drew a reported 75,000 spectators or more each day. Over the course of three days, the festival attracted an estimated average aggregate of 225,000 attendees, not 225,000 individuals as only 60,000+ 3 day pass tickets were sold. Headliners included Jay-Z, Muse and Gorillaz, along with LCD Soundsystem, a reunited Faith No More, a reunited Pavement, Thom Yorke of Radiohead and his live band Atoms for Peace, Tiesto, and supergroup Them Crooked Vultures. Other notable acts were Fever Ray, Porcupine Tree, deadmau5, La Roux, MGMT, Florence and the Machine, Spoon, Bassnectar, Phoenix, Vampire Weekend, CéU, Echo & the Bunnymen, The Specials, a reunited Public Image Ltd., a reunited Orbital, a rare Plastikman live set from Richie Hawtin, Sly Stone and David Guetta.

The headlining act in 2011 was Kanye West and included performances by Mumford & Sons, a reunited Big Audio Dynamite, Arcade Fire, Kings of Leon and the Black Keys among the 190 acts.[2] Just after the 2011 line up was released and tickets became available, the three-day tickets sold out in six days. This is by far the festival's fastest sell out to date.[citation needed]

Each year, the festival also features interesting installation art and sculptures. Most of the pieces are interactive, and provide entertainment and eye candy for attendees walking throughout the Polo grounds. Some of the works were initially created for the Burning Man festival. In contrast to the largely non-repeating roster of musical artists represented at the festival, a few of the visual artists, such as Hotshot the Robot, Robochrist Industries, the Tesla Coil (Cauac), Cyclecide, and The Do LaB, along side avant-garde performance troupe Lucent Dossier Experience, have appeared during several consecutive years at Coachella. Another installation to the art of Coachella includes the limited edition posters produced by poster artist Emek. Emek started designing posters for the festival in 2007 and has continued to do so each year since. Many of the 2011 installations and sculptures were done by The Creator's Project, co founder, Jimmy Wales. They were in charge of the main stage's setup, as well as Animal Collective's light show, and Arcade Fire's beach balloon drop.

On May 31, 2011, Goldenvoice announced that the festival will be held over two weekends starting in 2012.

In 2003 Coachella started to include tent camping as an option for staying at the festival. The campground site is on an adjacent polo field next to the venue grounds. The campground has its own separate festival entrance on the southside of the venue. Goldenvoice/AEG Live contracted out Kevin Lyman, owner/promoter of Warped Tour, Taste of Chaos, and Mayhem festivals, to coordinate and run the Campgrounds.[3] Lyman's campground employees are usually his friends or employees from the Production Office of his tours. Lyman also has a series of interns come out from Citrus College, they are paid a minimal day rate and given free camping for helping work the grounds. The first year saw camping attendance around 10,000. For the 2007 festival, it was reported that camping attendance was in upwards of 17,000. The campground includes a karaoke lounge, general store, and shower trucks (semi trucks with around 6 showers in each trailer).[4] Kevin Lyman was also contracted out to do the Stagecoach Festival camping, which is usually the weekend succeeding Coachella. 2010 introduced many new features to camping such as re-entry from the campsite to the festival grounds, parking your car next to your tent and a limited number of recreational vehicle camping spots.

The Coachella festival tries to reduce its carbon footprint on the environment every year which involves not just employees but also attendees. The festival highly promotes carpooling for its attendees which include rewards for people who participate. Attendees who choose to carpool with four or more people in one car and have the word "carpoolchella" displayed somewhere on their car have a chance to be selected by a secret spotter to win VIP tickets/pass for life for everyone in the car. In 2007 Coachella teamed up with Global Inheritance to start a 10 for 1 recycling program, in which anyone who brings ten empty water bottles will be given a fresh new water bottle for free. In 2009 the festival introduced ten dollar refillable water bottles of which purchasers would get free refills at a number of refill stations inside the festival and within the campgrounds.

Performers who have played more than once

In order to keep each festival unique and fresh, the organizers of Coachella tend to book performers who have not appeared at the festival previously. To date, there have been only 22 individuals or artists who have played at Coachella more than twice.