Sucre, also known historically as Charcas, La Plata and Chuquisaca (population 247,300 in 2006) is the constitutional capital of Bolivia and the capital of the department of Chuquisaca. Located in the south-central part of the country, Sucre lies at an elevation of 2750m (9,000 ft). This relatively high altitude gives the city a cool temperate climate year-round.

On November 30, 1538, Sucre was founded under the name Ciudad de la Plata de la Nueva Toledo by Pedro Anzures, Marqués de Campo Redondo. In 1538, the Spanish King Philip II established the Audiencia de Charcas in La Plata with authority over an area which covers what is now Paraguay, southeastern Peru, Northern Chile and Argentina, and much of Bolivia. The Audiencia de Charcas was a subdivision of the Viceroyalty of Peru. In 1601, the Recoleta Monastery was founded by the Franciscans and in 1609, an archbishopric was founded in the city. In 1624, St Francis Xavier University of Chuquisaca was founded.

Very much a Spanish city during the colonial era, the narrow streets of the city centre are organised in a grid, reflecting the Andalusian culture that is embodied in the architecture of the city's great houses and numerous convents and churches. Sucre remains the seat of the Roman Catholic Church in Bolivia, and a common sight is members of religious orders dressed in traditional costume. For much of its colonial history, Sucre's temperate climate was preferred by the Spanish royalty and wealthy families involved in silver trade coming from Potosí. Testament to this is the Glorieta Castle. Sucre's University (Universidad Mayor Real & Pontificia de San Francisco Xavier de Chuquisaca) is one of the oldest universities in the new world. 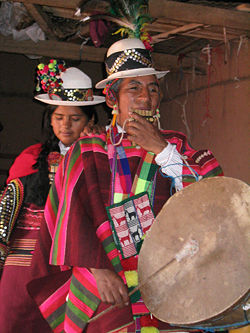 Until the 19th century, La Plata was the judicial, religious and cultural centre of the region. In 1839, after the city became the capital of Bolivia, it was renamed in honour of the revolutionary leader Antonio José de Sucre. Too remote after the economic decline of Potosí and its silver industry, it saw the Bolivian seat of government move to La Paz in 1898. Many[who?] argue Sucre was the epicentre that initiated the independence campaign against Spain in all of Latin America. The first "Grito Libertario" (Shout for Freedom) in any Western Hemisphere Spanish colony of took place in Sucre in 1809. Ironically, Bolivia was the last territory to gain its independence in 1825. In 1991, Sucre became a UNESCO World Heritage Site.

The city attracts thousands of tourists every year due to its well-preserved downtown with buildings from the 18th and 19th centuries. Nestled at the foot of the twin hills of Churuquella and Sika Sika, Sucre is the gateway to numerous small villages that date from the colonial era, the most well-known of which is Tarabuco, home of the colorful "Pujllay" festival held each March. Most of these villagers are members of one of the indigenous ethnicities. Many dress in clothing distinctive to their respective villages.

Sucre is the capital of Chuquisaca department and the constitutional capital of Bolivia, where the Supreme Court is located. The government of the City of Sucre is divided into the executive and legislative branches. The Mayor of Sucre is the head of the city government, elected for a term of five years by general election. The legislative branch consists of The Municipal Council, which elects a President, Vice President and Secretary from a group of eleven members.

The current mayor of Sucre is Verónica Berríos (of the MAS party), who took office on 21 June 2010, and was briefly replaced by Santos Romero in January 2011.[1]

The current Municipal Council was elected in the regional election of 4 April 2010. The election was by proportional representation with the Pact of Social Integration and the Movement Towards Socialism gaining the largest and second largest shares of the vote.

The council elected in April 2010 and seated in late December 2010 is as follows:

Sucre is divided into eight, numbered districts: the first five of these are urban districts, while Districts 6, 7, and 8 are rural districts. Each is administered by a Sub-Mayor (Spanish: Subalcalde), appointed by the Mayor of Sucre. The rural districts include numerous rural communities outside the urban area.

The City of Four Names

Each of the well known names represent a specific era of the city's history.

The House of Freedom (La Casa de la Libertad)
Built in 1621, it is perhaps the most important building of the nation. The republic was founded in this building by Simón Bolívar who wrote the Bolivian Constitution.
The "Salón de la Independencia" houses the Bolivian Declaration of Independence.

National Library (La Biblioteca Nacional)
Built on the same year of the foundation of the Republic, it is the first and the most important historical, bibliographical and documentation center of the country. The National Library has documents that date from 15th century.

Metropolitan Cathedral (La Catedral Metropolitana)
Built between 1559 to 1712, the cathedral has the "Museo Catedraliceo" which is the first and most important religious museum of the country. The "Pinacoteca" has a vast collection of paintings by Colonial and Republican masters and also by Europeans such as Bitti, Fourchaudt and Van Dyck. The Cathedral contains a vast amount of jewelry made of gold, silver and gemstones.