How Can You Mend a Broken Heart

How Can You Mend a Broken Heart

Infobox Single
Name = How Can You Mend a Broken Heart 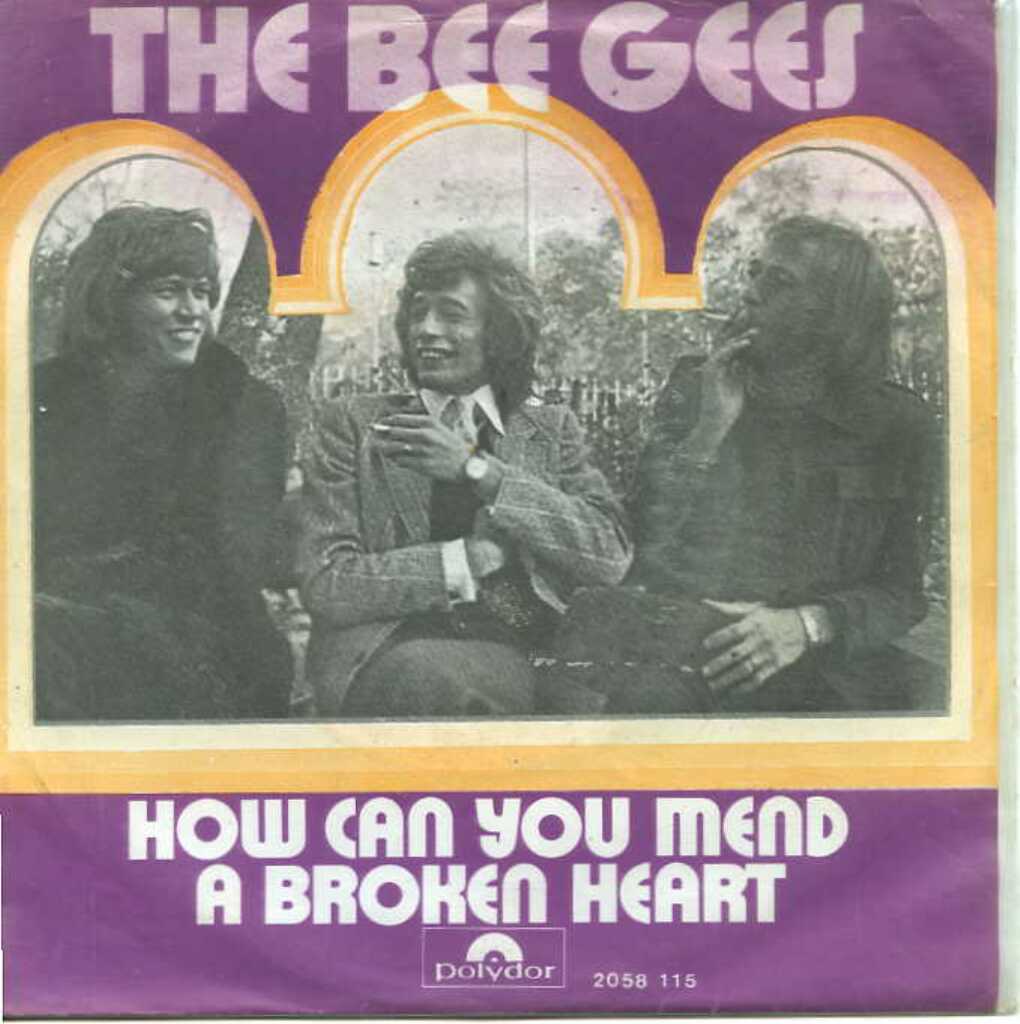 "How Can You Mend a Broken Heart" is a song released by the in 1971. The song had been written by Barry and in August 1970, when the Gibb brothers had reconvened following a period of break-up and alienation. They said that they originally offered it to , but ultimately the Bee Gees recorded it themselves and included it on their 1971 album, "Trafalgar".

The song was recorded on in . The instrumental track is: Barry Gibb (), (guitar, , ), possibly Alan Kendall (guitar), and Geoff Bridgeford (s), with strings and woodwinds arranged and conducted by Bill Shepherd. The vocals are by Robin (solo in the opening verse), Barry (solo in choruses and second verse), and Maurice (joins Barry and Robin in on choruses). It was released as a single in May 1971 ahead of the album. The B side was a non-album song "Country Woman", written by Maurice Gibb, recorded on by Maurice (guitar, piano, bass guitar), Kendall (guitar), Bridgeford (drums), and Shepherd (string and horn arrangement).

covered the track on his 1972 album "Let's Stay Together", which also made the soundtrack to 1999's "Notting Hill". In 2008, Green's version was remade into a duet with for the to "", with her vocals overdubbed onto the track. [cite web |url=http://www.demonmusicgroup.co.uk/NewsArticles.aspx#News10620 |title=Al Green on Sex and the City |accessdate=2008-07-07 |date= |work=] recorded a version of this song on his 1991 LP "Truly Blessed" and on his 2005 number-one album "Heart and Soul". The song was also covered by in 2003, with Barry Gibb performing backup vocals, on his self-titled album "Michael Bublé". Bublé's version reached number twenty-two on the "Billboard" Adult Contemporary chart. singer-pianist has not recorded this song, but has been performing it as an encore during her 2007 tour.

An alternate version appeared on the first UK pressing of the 2001 compilation "". It has different vocal, piano, and bass guitar tracks. It is very noticeable that Barry, not Robin, sings the first verse, and that Barry's sigh does not appear before each chorus. This was a tape library mistake, both this and the correct reel being marked as best. The differences illustrate how the Bee Gees built up a recording track by track. These unsatisfactory vocal, piano, and bass tracks would be re-done to make the officially released version.Fact|date=February 2007