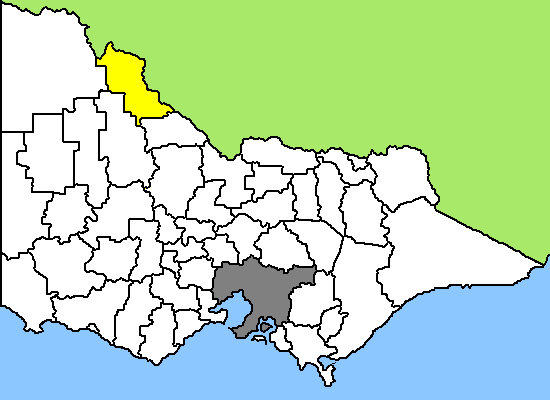 The Rural City of Swan Hill is a Local Government Area in . It is located in the north-western part of the state. It has an area of 6,103 square kilometres. In it had a population of 21,000. The LGA includes the city of Swan Hill which is the administrative centre and the towns of Lake Boga, Manangatang, Nyah, Nyah West, Piangil, Robinvale, Ultima and Woorinen South. It was formed in by the merger of the , and part of the .