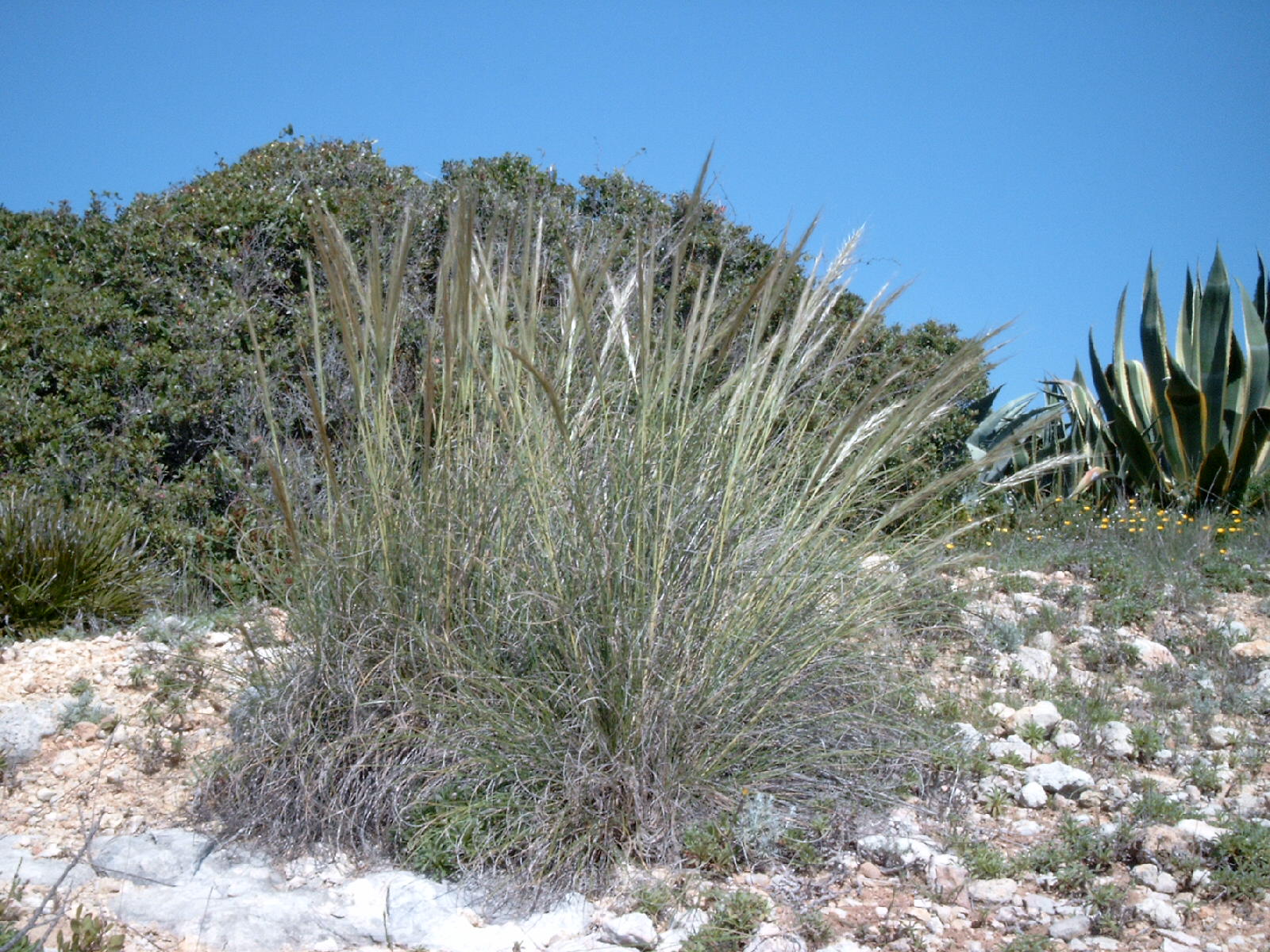 Esparto, or esparto grass, also known as "halfah grass" or "needle grass", "Macrochloa tenacissima" and "Stipa tenacissima", is a perennial grown in northwest and southern employed for crafts (s, s, , ...).

It is also used for production for making. The fiber makes a high quality paper often used in manufacturing. First used in in , it has been extensively used there and in , but is rarely found in the because of the cost of transport. It is usually combined with five to ten percent .

The "Spanish" grade is usually regarded as the higher-quality, while the "Tripoli" grade, from Africa, is the lesser in quality. The fibers are fairly short in relation to their length , yet do not create any significant amount of dust. Because of the short fiber length, the tensile strength of the paper is less than that of many other papers, but its resistance to shrinkage and stretching is superior, and the paper is a well-filled, dense paper with excellent inking qualities. It also has very good folding properties.

"", a broadleaf perennial in the family "", is also used in combination, and is also sometimes called esparto grass or .

*, a town in the province of Seville, Spain
*The famlly name means "esparto worker or seller".
*Atocha is another Spanish word for "esparto".