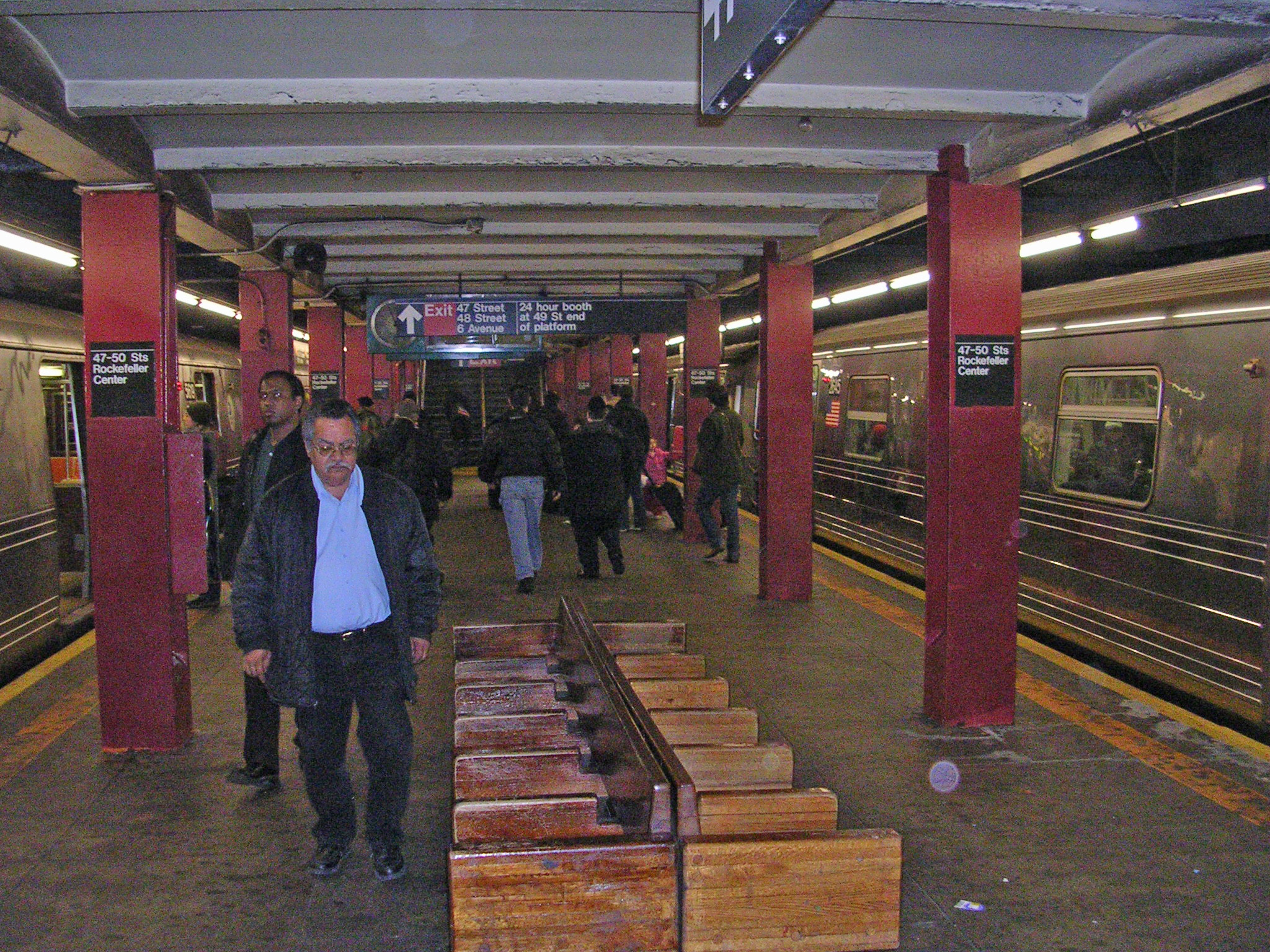 47th–50th Streets–Rockefeller Center is an express station on the of the . It has an unusual track arrangement. The northbound side has the traditional local on the side and express on the middle, but the southbound one has it reversed. This is to avoid s with the , which is perpendicular with the north of this station, as express trains come from the west while local trains come from the east. The station has numerous passageways and exits, including fourteen street entrances. This does not include several passageways through , all of which are outside fare control. The mezzanine has a full time booth is at north end, at West 49th Street, with one passageway through Rockefeller Center on the east side, and another set of passageways through various Concourse levels of office buildings along the west side of . A passageway to one northern part time staircase leads to and West 50th Street. This is usually open late during evening performances. Another passageway along the west side of 49th Street connects to the 49th Street on the (no free transfer). Middle fare control at West 48th Street has a ghost booth and all-day HEET access. South fare control at West 47th Street has a part-time booth and more staircases. Eagle eye movie fans who saw the 1976 thriller "Marathon Man", will note the old NYCS|KK rush hour subway route on a street entrance of the east side of Sixth Avenue and West 47th Street, before the route's demise. Each platform has seven stairs to mezzanine, the north end of the northbound platform has an active tower, and is depressed about ten feet below the southbound platform. This is to prepare the lines to be branched out towards and . The color band is orange, with dark brown borders, "47" and "50" alternate each other below the tile band. The tiles above and below it are white.

South of this station, the two southbound tracks switch (not at grade level) and the line returns to the traditional local on the side and express in the middle in both directions.