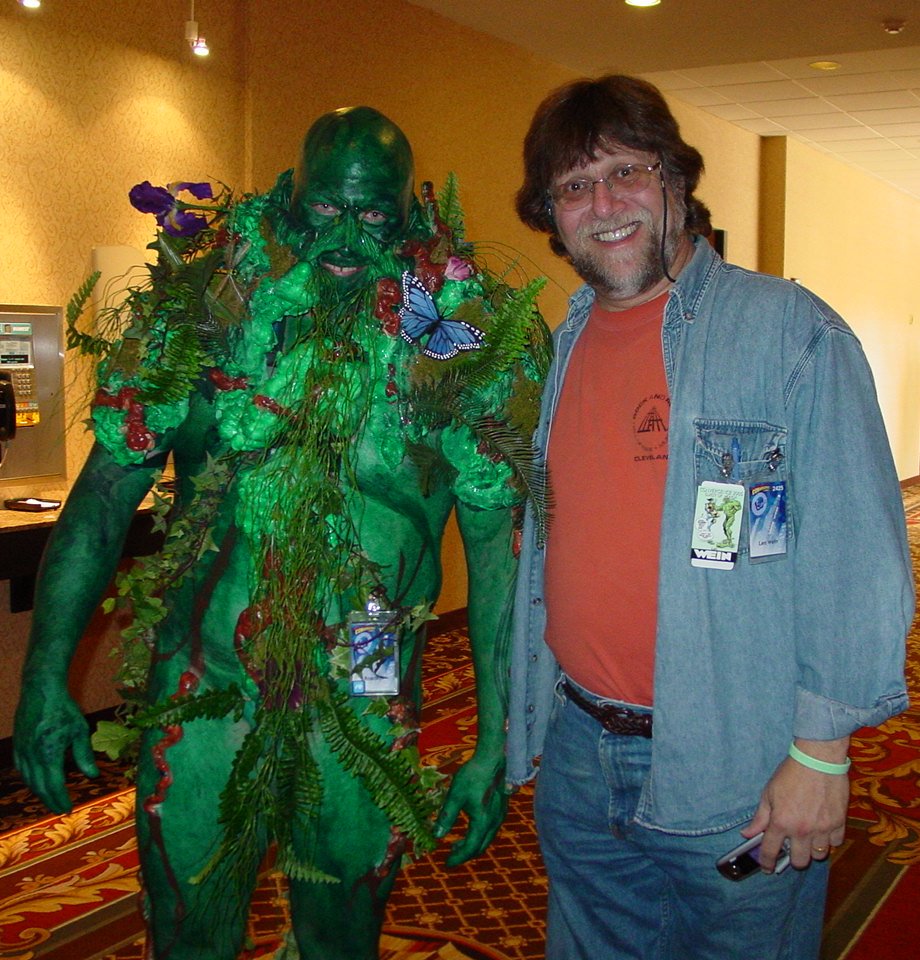 Len Wein (born , ) is an American and editor best known for co-creating ' and ' Wolverine, and for helping revive the Marvel team the . He was born in , .

Wein's first professional comics story was "Eye of the Beholder" in DC's "Teen Titans" #18 (Dec. 1968), where with co-writer and fellow future-pro he introduced the male character Starfire who was eventually renamed Red Star. Late the following year, Wein was publishing anthological mystery stories for DC's "" and Marvel's "Tower of Shadows" and "Chamber of Darkness". He additionally began writing for DC's romance comic "Secret Hearts" and the company's toy-line tie-in ""; ' horror-comics s "Nightmare" and "Psycho" and its short-lived Western comic books "The Bravados" and "The Sundance Kid"; and 's "", " Tales of Mystery", the toyline tie-in "", and the tie-ins "" and "The Twilight Zone".

Wein's first work for Marvel was a one-off story in "Daredevil" #71 (Dec. 1970) co-written with staff writer/editor . Wein later began scripting sporadic issues of such DC superhero titles as "" (featuring and ), "", and "", while continuing to write anthological mysteries, along with well-received stories for the semi-anthological title "The Phantom Stranger" #14–26 (Aug. 1971 – Sept. 1973).

Wein and artist created the horror character in "The House of Secrets" #92 (July 1971). Over the next several decades, Swamp Thing would star in DC series and miniseries — including an initial 1972–76 series begun by Wein and Wrightson, and the mid-1980s "Saga of the Swamp Thing", edited by Wein and featuring early work by writer — as well as two theatrical , and a syndicated . He wrote a well-regarded run of "" (issues #100–114) with artist . He co-created, with artist , and wrote the backup feature "" in "", "" and "".

In the early 1970s, Len began writing regularly for . He succeeded Roy Thomas as editor-in-chief of the color-comics line in 1974, staying a little over a year before handing the reins to Wolfman. Remaining at Marvel as a writer, Wein had lengthy runs on "", "", "", "The Mighty Thor" and "", as well as shorter runs on such titles as "" and "". In 1975, he and artist revived the / mutant- team the after a half-decade's hiatus, reformatting the membership. Among the characters the duo created were Nightcrawler, Storm, Colossus, and Thunderbird; Wein had additionally created Wolverine earlier, with artists and , in "The Incredible Hulk". Wein plotted the next two X-Men stories with artist Cockrum. These issues were then scripted by , who developed the series into one of Marvel's leading franchises.

At the end of the 1970s, following a dispute with Marvel management, Wein returned to DC as a writer and then eventually an editor. He scripted a long run of "" and collaborated on "" with artists and . On his first issue of "", #307, he created Wayne Foundation executive later made famous by in and . He also dialogued the mini-series "" over the plots of and the artwork of and . As editor, he worked on the first mini-series "", and such successful series as "The New Teen Titans", "", "", "", and and artist 's acclaimed and highly influential "" . Wein later wrote a "" revival, scripted a revamped "" over 's plots, and created the superhero "Gunfire" with artist .

Following his second stint at DC and a move to the West Coast, Wein served as editor-in-chief of "" for three years in the early 1990s. After leaving Disney, Wein began writing and story editing for such as "X-Men", "Batman", "Spider-Man", "Street Fighter", "", "", "", "", "" and "". In 2001, he and Wolfman wrote the screenplay "Gene Pool" for the production company Helkon, and later adapted it for a one-shot comic book for .

Wein also collaborated with writer and artist on the four-issue "" for . He has also scripted the comics series "The Victorian" for and has written comic-book stories for ' TV-series tie-ins "" and "".

From 2005 to 2008, Wein appeared as a recurring panelist on the Los Angeles-based revival of the TV "" In July of 2008, Wein was named Editor-in-Chief of , an independent comic book company.

Wein has been interviewed for commentary tracks on comics-related DVDs, including the animated "Justice League: New Frontier" film, the live-action "Spider-Man, Fantastic Four" and "X-Men" films, the "Swamp Thing" TV-series sets, and the July 2008 specials "Batman Unmasked" and "Batman Tech".

His first wife was , a comics who spent years on the "X-Men" titles. His second wife is Christine Valada, a and entertainment attorney. [ [http://lenwein.blogspot.com Len Wein's blog] ]

Wein won the Shazam Award for Best Writer (Dramatic) in 1972, for "", and another that year for Best Individual Story (Dramatic), for "Dark Genesis" in #1 (with ). He was nominated in the same categories the following year. He also won the 1982 "Comics Buyers Guide" Award as Best Editor. Wein was nominated in 1999 for the , given by the , for the one-shot "", from DC's imprint. In 2008, he was elected to the .