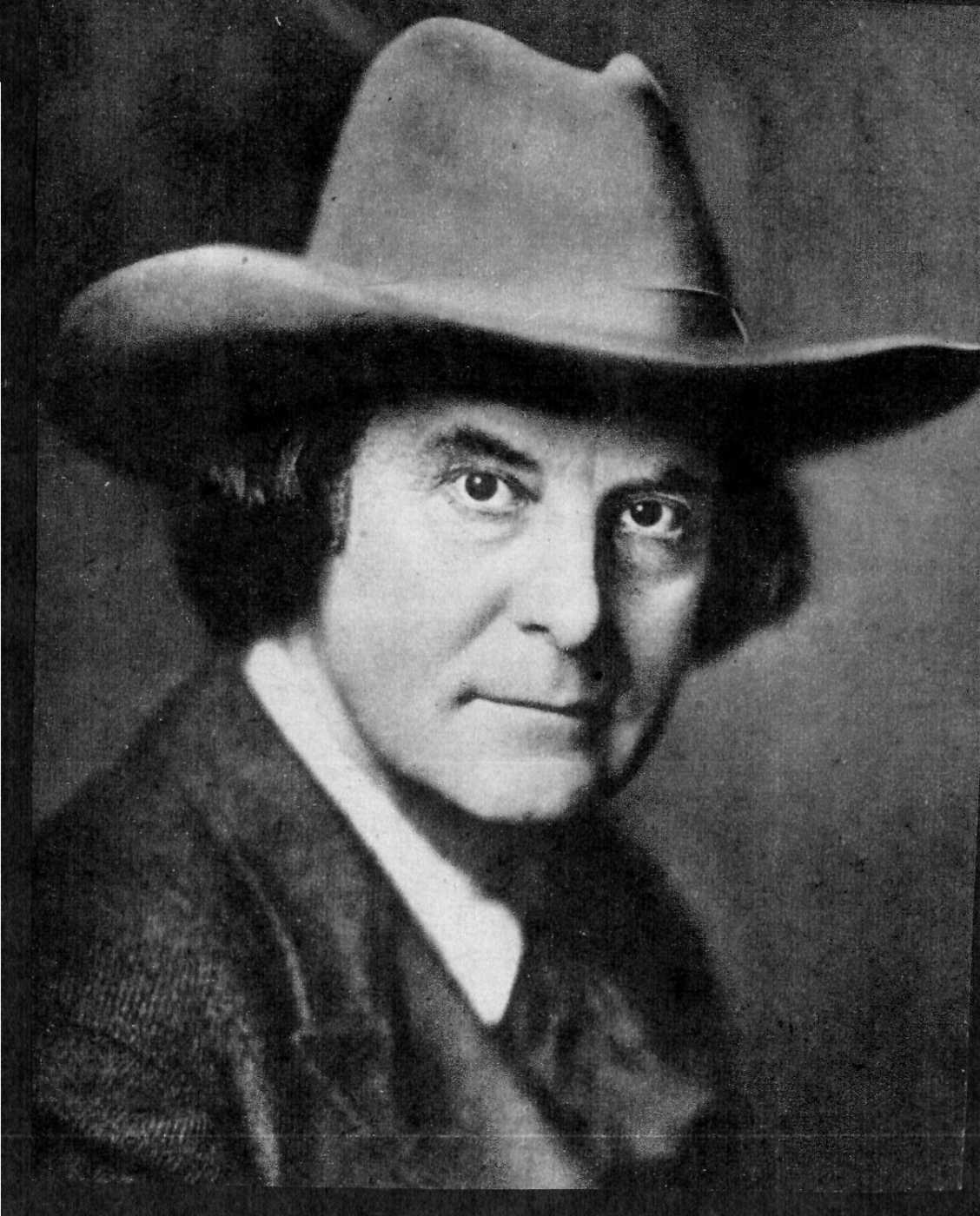 Elbert Green Hubbard ( &ndash; ) was an American writer, publisher, artist, and philosopher. He was an influential exponent of the and is, perhaps, most famous for his essay "".

He was born in to Silas Hubbard and Juliana Frances Read and grew up in , where his first business venture was selling Larkin soap products. His innovations for Larkin included premiums and "leave on trial." His best-known work came after he founded , an Arts and Crafts movement community in in 1895. This grew from his , the , which was inspired by ’s . (Although called the "Roycroft Press" by latter-day collectors and print historians, the organization called itself "The Roycrofters" and "The Roycroft Shops.")

Hubbard edited and published two magazines, "The Philistine" and "The Fra". "The Philistine" was bound in brown butcher paper and full of satire and whimsy. (Hubbard himself quipped that the cover was butcher paper because "There is meat inside.") The Roycrofters produced handsome, if sometimes eccentric, books printed on handmade paper, and operated a fine bindery, a furniture shop, and shops producing modeled leather and hammered copper goods. They were a leading producer of products.

Hubbard's second wife, , was a graduate of the -oriented Emerson College of Oratory in Boston and a noted , and the Roycroft Shops became a site for meetings and conventions of radicals, s, reformers and suffragists. Hubbard became a popular lecturer, and his homespun philosophy evolved from a loose William Morris-inspired to an ardent defense of free enterprise and American know-how. Hubbard was much mocked in the press for "selling out."

In 1908 he was the keynote speaker at the annual meeting of .

Hubbard then added his own stirring commentary: "Mr. and Mrs. Straus, I envy you that legacy of love and loyalty left to your children and grandchildren. The calm courage that was yours all your long and useful career was your possession in death. You knew how to do three great things—you knew how to live, how to love and how to die.

"One thing is sure, there are just two respectable ways to die. One is of old age, and the other is by accident. All disease is indecent. Suicide is atrocious. But to pass out as did Mr. and Mrs. Isador Straus is glorious. Few have such a privilege. Happy lovers, both. In life they were never separated and in death they are not divided." Hubbard and his wife, though he knew it not then, were to have just such a privilege. Little more than three years after the sinking of the "Titanic", the Hubbards boarded "Lusitania" in on . On , while at sea, it was torpedoed and sunk by the German submarine "Unterseeboot 20".

In a letter to Elbert Hubbard II dated , Ernest C. Cowper, a survivor of this event, wrote:

Quote|I can not say specifically where your father and Mrs. Hubbard were when the torpedoes hit, but I can tell you just what happened after that. They emerged from their room, which was on the port side of the vessel, and came on to the boat-deck.

Neither appeared perturbed in the least. Your father and Mrs. Hubbard linked arms—the fashion in which they always walked the deck—and stood apparently wondering what to do. I passed him with a baby which I was taking to a lifeboat when he said, 'Well, Jack, they have got us. They are a damn sight worse than I ever thought they were.'

They did not move very far away from where they originally stood. As I moved to the other side of the ship, in preparation for a jump when the right moment came, I called to him, 'What are you going to do?' and he just shook his head, while Mrs. Hubbard smiled and said, 'There does not seem to be anything to do.' The expression seemed to produce action on the part of your father, for then he did one of the most dramatic things I ever saw done. He simply turned with Mrs. Hubbard and entered a room on the top deck, the door of which was open, and closed it behind him.

It was apparent that his idea was that they should die together, and not risk being parted on going into the water.

The American science fiction writer and founder of , , was a nephew of Elbert by the adoption of his father into the Hubbard family. [cite web | title=No Fear | author=AdonisEsquire | url=http://www.43things.com/entries/view/797340]

Owing to his prolific publications, Hubbard was a renowned figure in his day. Contributors to a 360-page book published by Roycrofters and entitled "" included such luminaries as meat-packing magnate , business theorist and founder , botanist and horticulturalist , seed-company founder , ketchup magnate , National Park Service founder , success writer , inventor of the modern comic strip , poet , Nobel Peace Prize recipient , evangelist , political leader , and poet . Hubbard is an of singer . Another book which was written by Mr. Hubbard is entitled "Health and Wealth". It was published in 1908 and includes many short truisms that are in line with the Truth movement and s concerning using intelligence to rid one of fear and, thus, to bring the body back to health and happiness which leads to true wealth through service to others.

* "Responsibility is the price of freedom."
* "Men are not punished for their sins, but by them."
* "The Supernatural is the natural not yet understood."
* "An ounce of loyalty is worth a pound of cleverness."
* "Genius may have its limitations, but stupidity is not thus handicapped."
* "A failure is a man who has blundered but is not able to cash in on the experience."
* "Every tyrant who has lived has believed in freedom—for himself."
* "Life is just one damned thing after another."
* "Never explain—your friends do not need it and your enemies will not believe you anyway."
* "To avoid criticism do nothing, say nothing, be nothing."
* "Do not take life too seriously. You will never get out of it alive."
* "The greatest mistake you can make in life is to be continually fearing you will make one."
* “Health Must be Earned. Get it, you Lobster!” [ [http://archive.groovy.net/dl/Lobster/ Mystery Postcard ] at archive.groovy.net]
* "One machine can do the work of fifty ordinary men. No machine can do the work of one extraordinary man." [ [http://en.wikiquote.org/wiki/Machine Machine - Wikiquote ] at en.wikiquote.org]
* "The object of teaching a child is to enable him to get along without a teacher."
* "We preserve our sanity only as we forget self in service."
* "What we call diseases are merely symptoms of mental conditions."
* "You can lead a boy to college, but you can't make him think."
* "Theology: An attempt to explain a subject by men who do not understand it. The intent is not to tell the truth but to satisfy the questioner."
* "Religions are many and diverse, but reason and goodness are one."
* "If men could only know each other, they would neither idolize nor hate."
* "We awaken in others the same attitude of mind we hold toward them."
* “He who does not understand your silence will probably not understand your words.”
* "I would rather be able to appreciate things I cannot have than to have things I cannot appreciate."
* "The love we give away is the only love we keep ."
* “It does not take much strength to do things, but it requires great strength to decide on what to do.”