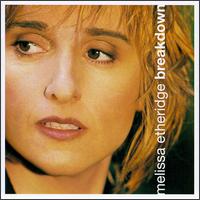 
"Breakdown" is the sixth by , released in 1999 (see ). A Limited Edition version of the album was simultaneously released featuring three bonus tracks.

"Scarecrow" is dedicated to the memory of , and his family and friends.

All songs by Melissa Etheridge, except where noted