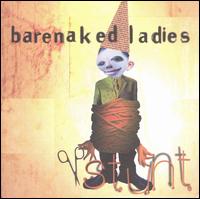 "Stunt" is the fifth full-length album and fourth studio album by . By far their most successful album, it entered the US charts at #3 and sold over 4 million units at the end of its chart run. It was also the home to "", which proved to be BNL's biggest hit with international appeal, hitting #1 in the US and #5 in the UK. The twin successes of "Stunt" and "One Week" were so strong that it also helped to revitalize their career in their home country of Canada (where their fame had fallen slightly since 1992 and the days of "Gordon").

"Stunt" is the first studio album featuring keyboardist/guitarist , who originally joined the band for the "" tour in 1995. In addition to "One Week", "It's All Been Done", "Alcohol" and "Call and Answer" were also sizeable hits.

Tracks recorded for this album but left off the finished record are "Long Way Back Home" and "She's On Time." These tracks appear as hidden tracks on the "limited edition" version of "Stunt".

Shortly after the release of this album, was diagnosed with . He spent the "Stunt" tour in the hospital. He was temporarily replaced by Chris Brown and .

As with each of their early albums, the band recorded one song, "Alcohol", completely naked.