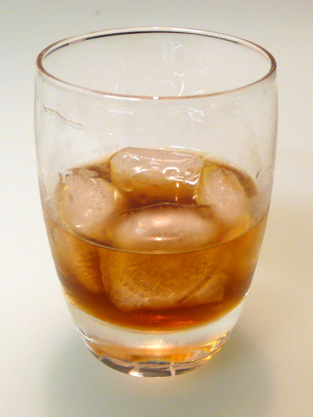 The Black Russian is a of vodka and (usually two parts vodka to one part coffee liqueur). It is traditionally poured over crushed ice in an .

* A variation is the Tall Black Russian, prepared in the same manner as a "Black Russian", except that it is served in a taller glass and topped up with .