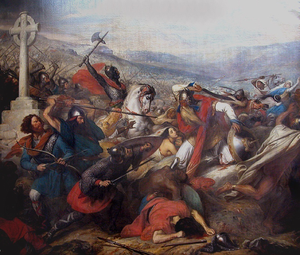 De Steuben's Bataille de Poitiers, en octobre 732, painted between 1834 and 1837, shows the triumphant Charles Martel at the Battle of Tours (also known as the Battle of Poitiers).