Scenes of the Crime

Scenes of the Crime 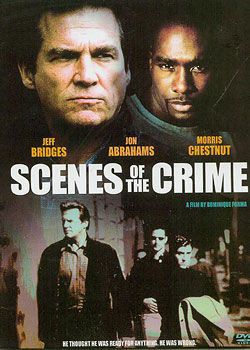 "Scenes of the Crime" is a 2001 film directed by and written by , , and Forma. It was met with mixed opinions and moderate, but ultimately positive reviews.

The story revolves around a young driver, Lenny (Abrahams), working for a gangster, running various errands and asking no questions. After the kidnapping of an enemy mobster, Jimmy Berg (Bridges), a bitter feud erupts between the two groups with Lenny caught in the middle. Stuck in a van alone with Berg, surrounded by Berg's men, the otherwise neutral driver is forced to choose a side, but is torn by the decision.

The film envelopes the events that take place amongst various characters involved in the , finally leading to a that is surprisingly upbeat.