:"This article is about the American sportscaster. For the English football defender, see ."Infobox person 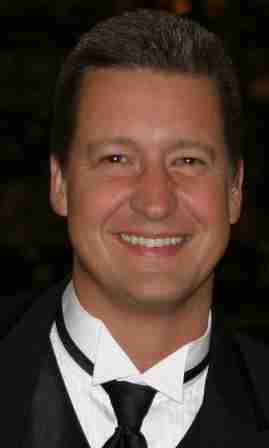 Born in , and he grew up in . He was the fourth of six children born to Richard and Donna Bennett. His sports career began at age 5 when he first played T-ball. At age 8, his family moved to , where he became an all-star pitcher on his 10-year old baseball team.

He moved back to Utah with his family in 1982, and was a member of the state champion cross country team in 1985-86 for Bonneville High School in . He also was a region champion tennis player for Bonneville, earning the region title with partner Tom Gardner in 1987. Ryan was called to be a for (also known as the Mormon Church) in 1989, where he served in the Saint Louis Missouri Mission for two years. Ryan married Tonya in the in 1998, after a four year courtship. They had four children. Tonya remarried in 2007.

While still in college, Ryan was able to secure a job at radio station AM, where he worked behind the scenes with Los Angeles Dodger broadcasts. His first big break came when -FM became KKBE 95.5 FM in late 1992. The new owners wanted Ryan to be "Dick the Sports Guy", an obnoxious sportscaster who yelled scores into the microphone. KKBE was short-lived, and in May 1993 the station was sold the programming turned to religious country, with none of the current staff kept on.

Ryan became the 7 pm - midnight DJ on Hot 94.9 -FM in . His ratings were one of the highest in the Salt Lake Valley, as the Hitman not only played the hits, but occasionally mixed in his personal antics to callers across the Wasatch Front. He also worked for a time at 101 FM in Salt Lake City.

Ryan worked for the of the . Originally hired to do public relations, Ryan became a scout for the team, and progressed to Director of Player Personnel. He was instrumental in bringing some additional talent to the team, because of his contacts with , , , and .

Just before graduating from college, Ryan secured a job as an intern first at channel 2, and then at channel 5, where he worked with both and . Upon graduation, he became a producer for FOX-13 in . As a producer, Ryan was able to report occasionally on the , and was able to cover Steve Young of the .

Ryan's first big break in television occurred in 1998 when he accepted a job at channel 21 in , where he was Sports Director. Even though some of his predecessors were quite competitive in this small market, Ryan cultivated friendships, even among competitors, and was a favorite in that market.

Buoyed by his success, Ryan left after two years to join KSBY channel 6, an NBC affiliate, in , . Ryan hosted a weekend sports show, and covered , , and local college teams in the area. He was a favorite of his audience, co-workers, and competitors in the area.

In addition to television, Ryan went back to his roots in radio, working for 1280 and Sly 96 FM (KSLY-FM) in , although Sly 96 has recently changed from a Top 40/Rhythmic format to a country music format since his recent death.

Although financially supported primarily by his work as a , Bennett had a fierce passion for the sport of mixed martial arts, and worked diligently to apply his broadcasting skills to the sport. During his time in San Luis Obispo, Ryan developed his website MMAWeekly, and began working with the . MMAWeekly quickly grew to become one of the most popular site covering the sport of Mixed Martial Arts.

Bennett was famed within the mixed martial arts community both for his broadcasting skills and knowledge of the sport, and was often employed as part of the play-by-play team at high-profile mixed martial arts events. He worked with , , and the IFC in this capacity. He is considered a pioneer in the sport and the popularity of MMA has grown considerably due to his unrelenting efforts.

Bennett was the first, (and only) person to launch a daily radio show, devoted exclusively to the sport of Mixed Martial Arts, becoming a pioneer in the industry. Bennett was able to scoop many other media outlets in regards to the latest sports headlines. The daily show had an avid following, and had a worldwide audience. With fellow partner, Scott Peterson, covering the sport in Japan, MMAweekly.com was the first to attract a worldwide following. Frequently callers from Canada, the United Kingdom, and Japan were active participants on the show.

Bennett spent his last six years at the NBC affiliate in Santa Barbara/San Luis Obispo, California at KSBY-TV as the top rated sportscaster in the market according to the Nielsen ratings. Before that Bennett was working for the NBC affiliate in Oregon as Sports Director. Bennett has also hosted several sports talk shows over the years with such stations as ESPN 1280 and Sports Radio 570AM. Ryan Bennett worked for The Fight Network as an on air personality and commentator.

Ryan Bennett died , as he and his family were traveling through Utah in their Ford Expedition near Fillmore, . According to the , Bennett was traveling southbound on Interstate 15 in Fillmore around 5:15 p.m. with his wife and four children when their sport utility vehicle drifted onto the east shoulder on a slight bend in the road. The vehicle, driven by Bennett, then swerved back onto the roadway before tumbling off it again and rolling down the median five times. Bennett, though seat belted, was partially ejected from the vehicle, and died instantly.

All six occupants had been wearing seat belts at the time of the accident, confirmed investigating officer Trooper Shields, who described Bennett's death as "instantaneous" after he had been propelled outside the vehicle's A-pillar and exposed to the external portion of the vehicle. Shields dispelled the rumor that a blown tire had been the catalyst of the accident. "It's apparent that all the tires were up when the vehicle took its first turn and then skid back in."