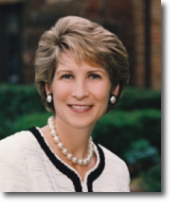 She fought for and won approval of a strengthened , an ordinance prohibiting discrimination on the basis of , a revamped system, a $23 million homeless assistance center, major changes to the city's Trinity River Corridor improvement plan and a taxpayer-funded downtown redevelopment effort.

She forged a compromise between and to relax and ultimately repeal federal flight restrictions at Love Field Airport.

The major failure of her term was failing to strike a deal to build the new ' in Dallas. She also announced parade plans for the Mavericks championship in 2006, prior to the Mavericks losing four straight games and ultimately the NBA championship to the Miami Heat in 6 games.

Miller was succeeded in office by conservative Republican .

Miller is married to Dallas attorney and former Texas State Representative . They have two daughters, Alex and Lily, and a son, Max.

Miller has been seen attending many popular rock concerts at the now closed Gypsy Tea Room during her tenure as mayor, notably accompanying her son Max to a sold-out concert.Fact|date=April 2008

succession box
before=
title=Mayors of Dallas
after=
years=2002-2007