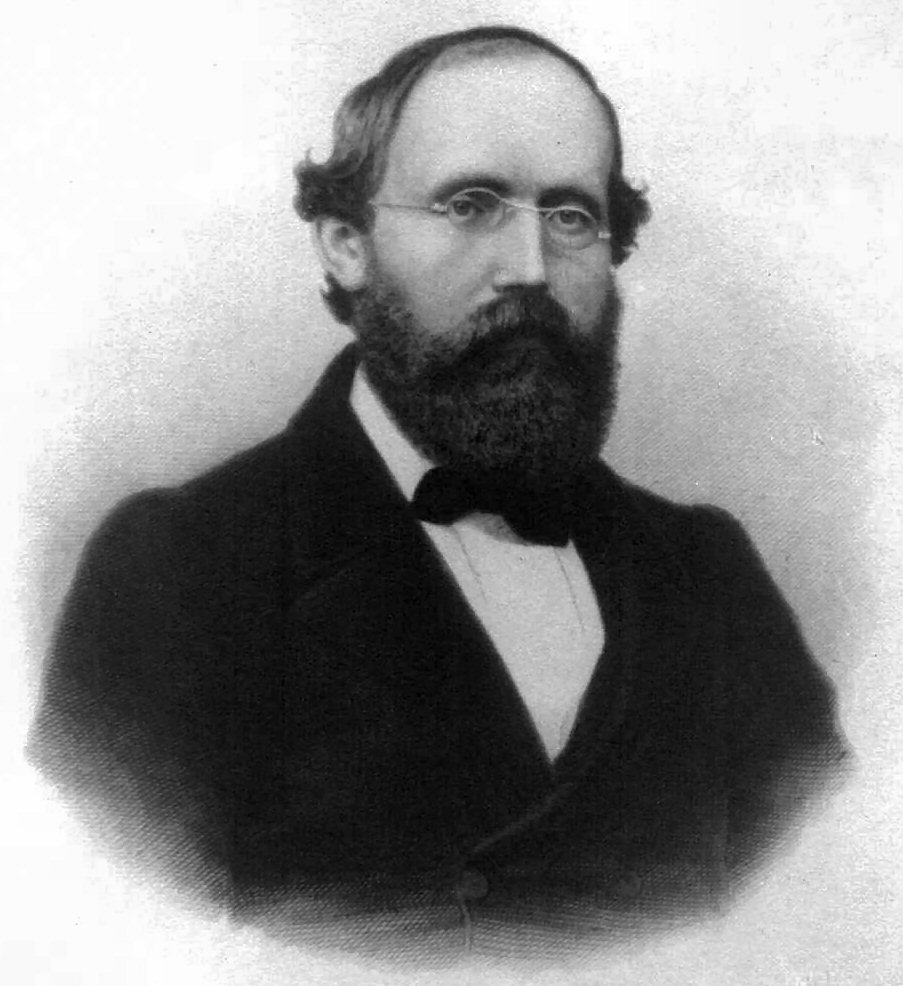 Georg Friedrich Bernhard Riemann (pronounced "REE mahn" or in IPA2|'ri:man; , &ndash; , ) was a German mathematician who made important contributions to analysis and , some of them paving the way for the later development of .

Riemann was born in , a village near in the Kingdom of Hanover in what is today . His father, Friedrich Bernhard Riemann, was a poor Lutheran pastor in Breselenz who fought in the . His mother died before her children were grown. Riemann was the second of six children, shy, and suffered from numerous nervous breakdowns. Riemann exhibited exceptional mathematical skills, such as fantastic calculation abilities, from an early age, but suffered from timidity and a fear of speaking in public.

In high school, Riemann studied the intensively, but his mind often drifted back to mathematics. To this end, he even tried to prove mathematically the correctness of the . His teachers were amazed by his genius and his ability to solve extremely complicated mathematical operations. He often outstripped his instructor's knowledge. In 1840, Riemann went to to live with his grandmother and attend (middle school). After the death of his grandmother in 1842, he attended high school at the [http://de.wikipedia.org/wiki/Johanneum_L%C3%BCneburg Johanneum Lüneburg] . In 1846, at the age of 19, he started studying and in order to become a priest and help with his family's finances.

In 1847, his father (Friedrich Riemann), after gathering enough money to send Riemann to university, allowed him to stop studying theology and start studying . He was sent to the renowned , where he first met , and attended his lectures on the .

In 1847, Riemann moved to , where Jacobi, Dirichlet, and Steiner were teaching. He stayed in Berlin for two years and returned to Göttingen in 1849.

Bernhard Riemann held his first lectures in 1854, which not only founded the field of but set the stage for Einstein's . In 1857, there was an attempt to promote Riemann to extraordinary professor status at the . Although this attempt failed, it did result in Riemann finally being granted a regular salary. In 1859, following Dirichlet's death, he was promoted to head the mathematics department at Göttingen. He was also the first to propose the theory of Fact|date=February 2007, which greatly simplified the laws of physics. In 1862 he married Elise Koch and had a daughter.He died of on his third journey to in Selasca (now a hamlet of on ).

Riemann's published works opened up research areas combining analysis with geometry. These would subsequently become major parts of the theories of , , and theory. The theory of s was elaborated by and particularly . This area of mathematics is part of the foundation of , and is still being applied in novel ways to .

Riemann made major contributions to . He defined the by means of s, developed a theory of that are not &mdash;a first step in theory&mdash;and studied the .

He made some famous contributions to modern . In a single short paper (the only one he published on the subject of number theory), he introduced the and established its importance for understanding the distribution of . He made a series of conjectures about properties of the zeta function, one of which is the well-known .

He applied the from to great effect; this was later seen to be a powerful rather than a rigorous method. Its justification took at least a generation. His work on and the in the complex domain made a great impression, and established a basic way of working with functions by "consideration only of their singularities".

In 1853, Gauss asked his student Riemann to prepare a "" on the foundations of geometry. Over many months, Riemann developed his theory of . When he finally delivered his lecture at Göttingen in 1854, the mathematical public received it with enthusiasm, and it is one of the most important works in geometry. It was titled "Über die Hypothesen welche der Geometrie zu Grunde liegen" (loosely: "On the foundations of geometry"; more precisely, "On the hypotheses which underlie geometry"), and was published in 1868.

The subject founded by this work is . Riemann found the correct way to extend into "n" dimensions the of surfaces, which Gauss himself proved in his "". The fundamental object is called the . For the surface case, this can be reduced to a number (scalar), positive, negative or zero; the non-zero and constant cases being models of the known .

Riemann's idea was to introduce a collection of numbers at every point in that would describe how much it was bent or curved. Riemann found that in four spatial dimensions, one needs a collection of ten numbers at each point to describe the properties of a , no matter how distorted it is. This is the famous .