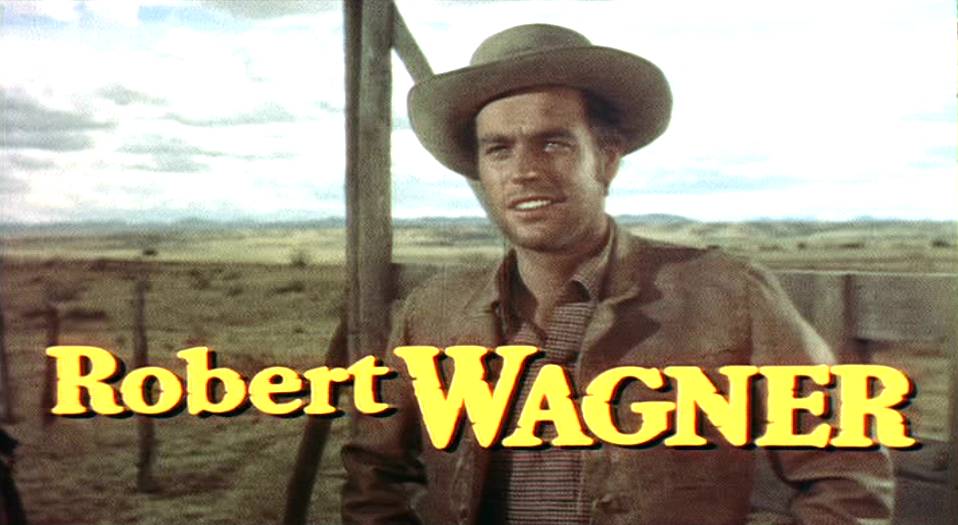 Robert John Wagner (born , ) is a - nominated prolific American and of stage and , who starred in s, s and . In his early days in Hollywood in the 1950s, he was mentored by the legendary .

Wagner starred in three popular American that spanned three decades: as playboy-thief-turned-secret-agent, Alexander Mundy, in "It Takes a Thief" (1968&ndash;1970), as 's ex-con man turned crime-fighting partner, Det. Pete T. Ryan, in the con-artist-oriented drama "Switch" (1975&ndash;1978), and as 's super-rich husband and private-eye partner, Jonathan Hart, in the lighthearted crime drama "" (1979&ndash;1984). In movies, Wagner is best known for his role as Number Two in the "" films of the late 1990s and early 2000s. He also had a recurring role as Teddy on the popular TV sitcom "".

Born in , the son of a steel executive, [ [http://www.filmreference.com/film/42/Robert-Wagner.html Robert Wagner Biography (1930-) ] ] Wagner moved with his family to , when he was seven. Wagner became an aspiring actor and was successfully employed in a variety of jobs, most prominently as a caddy for actor . However, it wasn't until he was dining with his family at a restaurant that he was "discovered" by talent agent . Making his debut in "The Happy Years" (1950), he would play minor characters in several military themed films until his performance in "" (1952) starring , which would lead to a contract with .

It was during his early career that he became the protégé of veteran actor , appearing with him in "" (1952) and "" (1953). His performance earned him a nomination for the for Most Promising Newcomer in s. According to Robert Hofler in "The Man Who Invented Rock Hudson: The Pretty Boys and Dirty Deals of Henry Willson", his biography of Wagner's agent Henry Willson, Wagner was the most prominent client to break with Willson after the homosexuality of Willson and his top clients, and became a topic of Hollywood gossip.

Wagner's sentimental education began under the tutelage of a woman of a certain age - . After four years he graduated to young actresses including and , eventually becoming lasting friends with both. In 1956, Wagner became involved with 18-year-old actress , and was married in on , . The marriage was celebrated in as the most "glittering union of the 20th century". Living in a home worth $150,000, the couple soon became involved in financial troubles. At Fox, Wagner's career was slowly being overtaken by newer actors such as and while Natalie Wood's also ran into trouble as her contract with was suspended for 14 months after her refusal to appear in a movie filming in England. The two would eventually file for divorce on , , with Natalie entering a relationship with actor , who had recently broken off an engagement with Wagner's and Wood's friend , soon afterwards.

Wagner, reportedly distraught over the divorce, traveled to Europe and was working on "The Longest Day" (1962) when he met an old friend, actress Marion Marshall. After a brief courtship, Wagner married Marshall on , and the following year had a daughter, . The two divorced in 1970. Mr. Wagner maintains residences in and

In 1968, Wagner made his television debut starring in his first series, "It Takes a Thief" and, after a successful two and a half seasons, his career began to rise. In this series most notably he acted with Fred Astaire, who played his father. Astaire was a long-time friend of Wagner's, who had gone to school with Astaire's eldest son, Peter. In 1972 he was cast opposite in the "", which was released in foreign markets as a .

By the mid-1970s, Wagner's television career was at its peak with the popular television series "Switch", opposite longtime idol , where he spent a lot of time working with the veteran -winner, on and off the set, after having been a lifelong fan of his. Hence, he returned to having a contract re-signed with in 1975. His third successful series was, "", which co-starred his longtime friend , also created a loving bond. Before those roles, Wagner also made guest appearances in the pilot episode of "" and as a regular in the UK drama, "Colditz". He would later be nominated for an for Best TV Actor for his performance in "It Takes a Thief" and for four awards for his role as Jonathan Hart in "Hart to Hart."

Wagner is currently pitching for a company, the Senior Lending Network.

Despite his divorce, Wagner continued to keep in contact with Natalie Wood and, in 1971, at a chance meeting with Wood at a party given by , the two began to resume their relationship (after her separation from British producer Richard Gregson] . Wood eventually divorced Gregson, and gaining custody of her daughter Natasha, they remarried on , in a ceremony on their yacht "Splendour". Two years later, along with Katie Wagner and Natasha Gregson Wagner, the couple had a daughter Courtney Brooke.

In 1973, with his wife Natalie Wood, Wagner arranged a deal with Aaron Spelling to submit ideas for pilots to ABC, one of which resulted in the TV series "" in which Wagner and Wood shared the profits with Spelling equally. The two would later appear together in "The Affair (1973 film)", and with in "" (as part of the UK television series ). Natalie made a small cameo appearance in the pilot episode of Wagner's own television series, "Hart to Hart".

On , , Natalie Wood drowned after falling off their yacht "Splendour" while sailing near with Wagner and , who was co-starring with her in the motion picture "Brainstorm". The tragic nature of Wood's death led to a generation of rumors about what transpired that night, including speculation that Wood was having an affair with Walken and was discovered by Wagner, or that Wood had walked in on a tryst between her husband and her "Brainstorm" co-star. Other outlandish rumors claim that Wagner and Walken engaged in a conspiracy to murder Wood. The rumors are rooted in the rather inexplicable behavior of Wagner, Walken and the captain of the yacht, who according to Suzanne Finstad, the author of "Natasha: The Biography of Natalie Wood", waited for a minimum of 90 minutes after discovering that Wood was missing to when they first called for help to find her. [ [http://discuss.washingtonpost.com/wp-srv/zforum/01/authors_finstad072601.htm Washingtonpost.com: Live Online ] ]

Wagner, reportedly distraught over Natalie's death, would remain unmarried for almost ten years while continuing to raise their three daughters.

After sister-in-law published her 1984 autobiography "Natalie: A Memoir", Wagner broke off contact with his late wife's family. She would go on to produce the television movie "The Mystery of Natalie Wood" (2004), starring and as Natalie Wood and Robert Wagner. Lana Wood also cooperated with Finstad on her biography of Wood, which was published in 2001.

On 26 May, 1990 he married actress (who also made a guest star appearance in the "Hart to Hart" pilot episode). In the spring of 2000, St. John herself would become involved in an altercation with Lana Wood during a cover shoot for "Vanity Fair" featuring the actresses of the long running series. St. John and Lana co-starred in the 1971 James Bond film "Diamonds are Forever".

On , , he became a first time grandfather when his daughter, Katie, gave birth to a son, Riley Wagner-Lewis.

Return to film and TV

Wagner's film career received a revival after his role in the popular Mike Myers's "", as 's henchman Number 2, as well as becoming the host of 's "", featuring original television episodes of "" (1955), a series which Wagner had appeared on in his early days with the studio.

In 2007, Wagner had a role in the [BBC/AMC] series "Hustle" fourth season premiere, where he plays a crooked Texan being taken for half a million dollars. As Wagner is considered "a suave icon of American caper television, including "It Takes a Thief" and "Hart to Hart",

Recently, Wagner played the pivotal role of President in the comedy/horror film "" (2007). The role was written with Wagner in mind. He currently appears in commercials for thE Senior Lending Network for which he serves as the spokesman.

In the April 28 and May 5, 2008, episodes of "Two and a Half" men, Wagner reprised the role of a rich suitor to the main characters' mother.

In June 2000, Wagner sued for $20 million for and , claiming he had been cheated out of profits from the Fox television series "". The dispute centered on an agreement between Wagner and the show's creator-producer .

In 1988, Wagner agreed to become involved in Spelling's television series "Angels 88", then in development, in which Spelling had agreed Wagner would receive a 7.5% gross profit for his participation, regardless of services rendered. However, when the series was initially picked up by Fox and later dropped in favor of "Beverly Hills, 90210", Wagner claimed he was entitled to the rights previously agreed upon in their 1988 agreement.

Wagner was a loyal friend to for over 40 years and said Albert was a true blessing to him. Wagner was only 8 when he first watched his future mentor in the 1938 movie "", and was impressed. He first worked with the seasoned actor in the 1962 movie, "The Longest Day". Later, they co-starred together in both "Switch" and "". Wagner was grief stricken when in 1985, he had heard about the loss of his mentor's wife, Margo. Margo's death had strengthened the friendship between Albert and Wagner, as the two kept in touch for the next two decades, until Albert's own death on , , where Wagner gave one of the eulogies.

Long before Wagner shared top billing with in "", his friendship with the actress began in the late 1950s, when Powers was in her teens. They became close friends at that time, and have coped with the highs and the lows of each other's lives since then. Their first meeting was on the set of the movie "" when Powers was a dancer/member of the ensemble cast, but was 'fired' before filming began due to the restrictions of employing a minor (she was under 18 at the time). Powers and Wagner met when he visited the set with his wife, (who was the film's leading lady). Nine years later, Powers guest-starred alongside Wagner on his own show, "It Takes a Thief". In 1981, Wagner and Powers lost their partners. This shared bereavement cemented their already strong bond. Six years after "" ended, they started touring with the play "Love Letters", taking it across the US and into Europe. Wagner and Powers appeared on British television on 1st May, 2008, on "". The two remain close friends to this day.

Wagner's career as a supporting player in movies was solid in the 1950s, but his film career petered out in the 1960s, and he turned to television with great success. His notable roles include: