List of cities in the People's Republic of China by population

This list ranks cities in the People's Republic of China (PRC), including Hong Kong and Macau, by population.

According to the administrative divisions of the People's Republic of China, there are three levels of cities, namely municipalities, prefecture-level cities (地级市), and county-level cities. There are over 160 cities in China with population over one million. 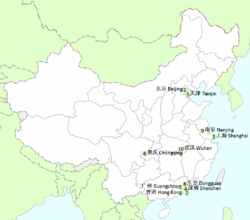 Municipalities and prefecture-level cities are not each a "city" in the strictest sense of the term, but instead an administrative unit comprising, typically, both an urban core (a city in the strict sense) and surrounding rural or less-urbanized areas usually many times the size of the central, built-up core. Prefecture-level cities nearly always contain multiple counties, county-level cities, and other such sub-divisions. To distinguish a prefecture-level city from its actual urban area (city in the strict sense), the term 市区 shìqū "urban area" is used. However, even this term often encompasses large suburban regions often greater than 1,000 square miles (3,000 km2), sometimes only the urban core whereas the agglomeration overtake the city limits. Thus, the "urban core" would be roughly comparable to the US term "city limit", the "shìqū or urban area" would be roughly comparable to "metropolitan area", and the municipality is a political designation defining regions under control of a municipal government, having no comparable division.

The cities are listed by built up area resulting from google earth observations adjusted to Local Government Authorities encompassed by built up area (ie Districts, Cities or Counties). Thus, these built up area can be made of several cities (ie : Guangzhou - Dongguan - Shenzhen, Shanghai - Suzhou, Shenyang - Fushun, Anshan - Liaoyang etc.) The population of the official chinese urban area is listed below aside. The larger municipality figure is the wider administrative area population, which includes suburban and rural areas at the 2010 census (cf. www.citypopulation.de). Sometimes they include "cities" which can have more than 1 million inhabitants, with all the features of a city, which should thus be added on this list (more than 40).

In the end, there are more than 120 built up areas with more than 1 million inhabitants. 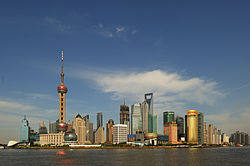 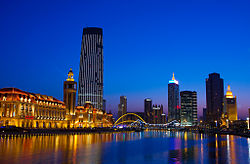 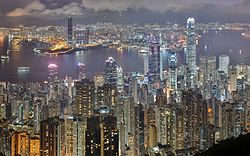 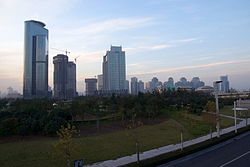 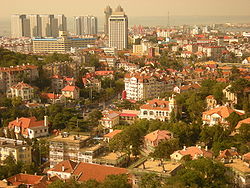 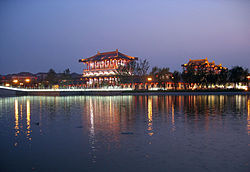 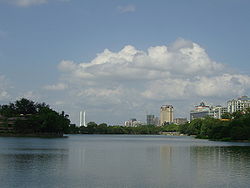