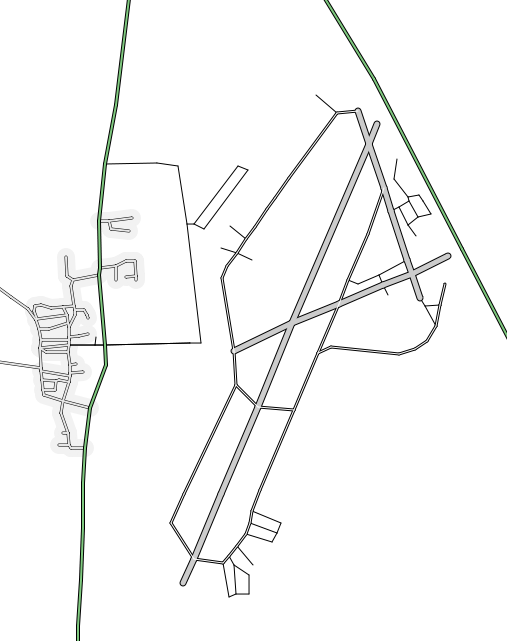 RAF Waddington Airport codes|WTN|EGXW is a station in , .

Waddington opened as a flying training station in 1916 until 1920, when the station went into care and maintenance.

It re-opened as a bomber base on , with squadrons flying the and later s, and was in November 1940 the first station to receive the heavy bomber.

In the Cold War, RAF Waddington became a Vulcan bomber base. It continued in this role until 1984 when the last Vulcan squadron, No 50, disbanded. In 1993 the last RAF bomber, serialled XH558, was retired to , Leicestershire. This aircraft has returned to display flying following prolonged refurbishment.

It is presently home to the RAF's Sentry,Nimrod R1 and Raytheon Sentinel R1 ASTOR ground-surveillance/intelligence aircraft. The station is also home to No. 34 Expeditionary Air Wing.

There is an outdoor viewing area east of the A15 road close to the northern end of the long runway which was designed to accommodate s. Short-term visits from different and Swiss fighter squadrons, in the past, used to generate occasional additional noise and interest because the airfield was conveniently placed for offshore practice firing ranges above the . However with the closure of the aforementioned Air Combat Manoeuvring Instrumentation range these visits have ceased. Waddington also has a very active Force Development ethos, putting emphasis on the development of its busy personnel.

No. 34 Expeditionary Air Wing was formed at Waddington on encompassing most of the non-formed unit personnel on station. The EAW does not include the flying units at the station. The station commander is dual-hatted as the commander of the wing.

RAF Waddington is also the main site for the .

RAF Waddington has in the last few years revived its Waddington International Air Show, which usually takes place in the last weekend of June, attracting up to 100,000 visitors and representatives of Air Forces from all round the world. 2007 saw the show running but being cancelled on due to poor weather conditions and featured the Military Village concept where all services will be able to display in a large designated area. Of note last year were the static feature displays, and of particular note, the Waddington (Survive Evade Resist Extract) School display with its close association. An example of mutual benefit between Military and Civilian agencies working toward a common goal. Many clubs will also feature in the Village demonstrating the diversity of exciting hobbies and interests available to personnel today. In 2008, RAF Waddington saw the display debut of [Vulcan] XH558 after 15 years off the display circuit.

The airshow is headed by Wing Commander Colin Reeves OBE and he has a very hardworking and successful team who are devoted all year round to making the airshow weekend a hit, and it does always prove to be.