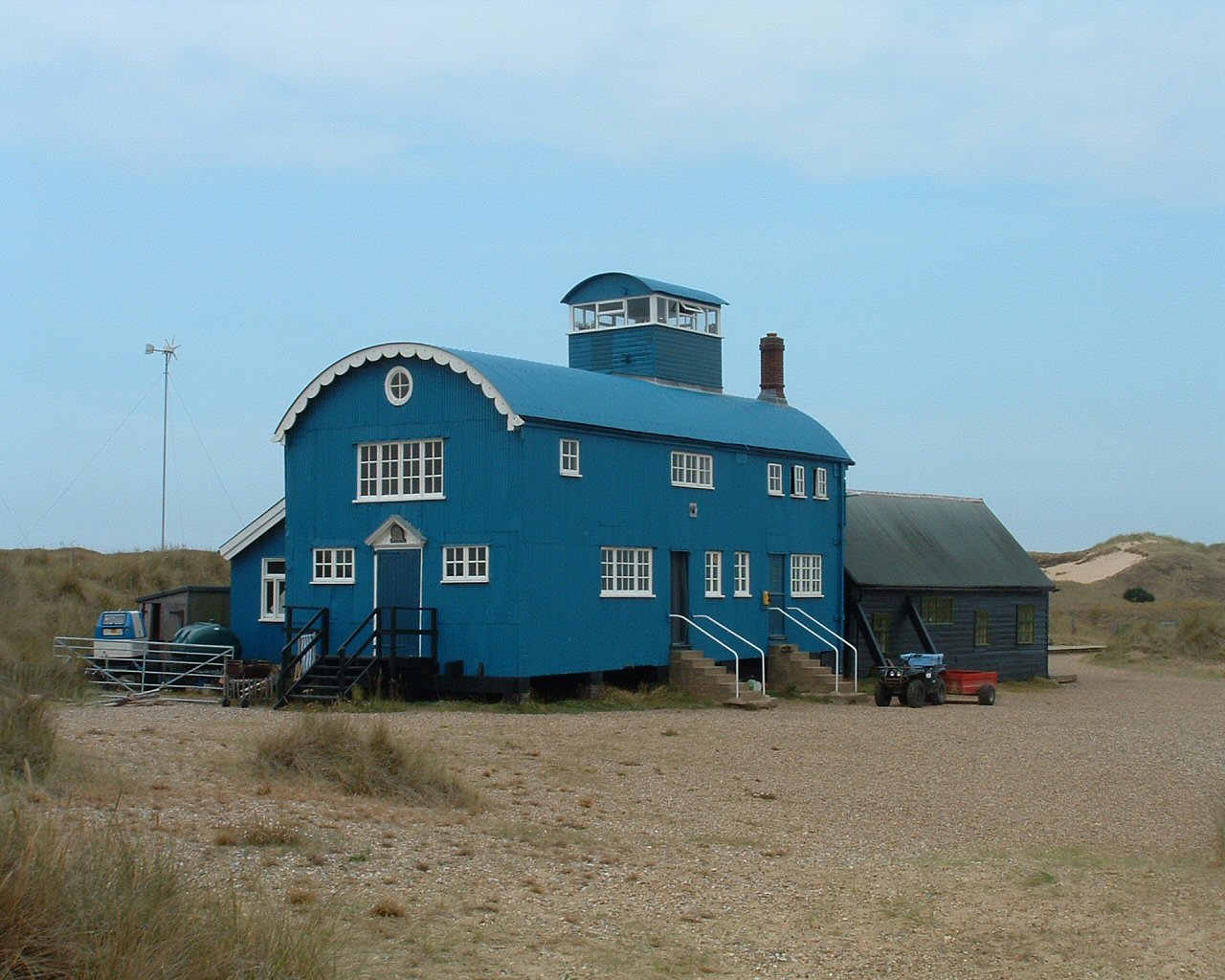 Blakeney Point is a shingle spit on the coast of north of the village of Blakeney in the English county of . [ "OS Explorer Map 24” – Norfolk Coast Central. ISBN 0 319 21726 4 ] It is managed by the National Trust as part of its Blakeney and within the Norfolk Coast .

Blakeney Point spit runs East to West and is tied at its eastern end to the cliff line at . The spit is approximately 9.6 miles (15.5 kilometres) in length but is subject to change all the time. The spit is composed of a shingle bank which in places is 65 feet (20 m) in width and at some points, 33 feet (10 m) high. It has been estimated that there are convert|82|Mcuft|m3 of shingle in the spit. [North Norfolk Coast by EM Bridges. The Geographical Association, page 39 ISBN 1 899085 53 X] At the point on the western end sand dunes have accumulated. Between the shingle spit arm and the raised there are . The spit was formed by and this continues westward. At the western point the shingle curves laterally south towards the land. This feature has occurred several times over the years giving the impression on the map of the teeth of a comb. Between and work has taken place to maintain an even height of the bank and to repair it as a natural sea defence for the villages behind and the A149 coast road that runs parallel with the spit. From Cley the flows to the landward southern side of the spit, where it abruptly turns west and flows into the sea at Blakeney Point. At the end of the spit is a visitor information centre which is housed in an old lifeboat station.

Blakeney Point can be accessed on foot or by boat. At the end of the lane that runs from Cley to Cley Eye behind the shingle bank there is a car park (charges apply). From here it is possible to walk westwards along the spit to Blakeney Point. To reach the and visitor centre you may also catch one of the several boat trips that operate from Blakeney and s. Entry to the sensitive nesting ground on the point is restricted during the breeding season. There are also many facilities for on the salt marshes and spit. Groups of visitors are requested to contact the warden to make prior arrangements for their visit.

Blakeney Point is one of the best places in to watch and study seals. The seal colony is made up of Common and Grey Seals and numbers are around 500. The s have their young between June and August, the s between November and January. Both suckle their pups for about three weeks, during which time they grow very quickly, putting on between 1 kg and 1.6 kg a day, due to the very rich and fatty milk they are fed. The seals usually bask on the sandbanks at the far end of the spit. The grey seals are the larger of the two species and have large speckles on their coats and longer pointed heads with parallel nostrils. The common seals have a more rounded face with ‘v’ shaped nostrils. The best way of viewing the seals is to catch one of several boat trips which are run from Blakeney and Morston harbours. Between April and October the trips operate on a daily basis, although they also run throughout the winter months. Times of trips depend on the and are posted on boards at both harbours. The seals are very inquisitive and often pop up alongside the boats.

The spit is also teeming with birds. During the summer months you can spot s, s, s and s. Other species to be seen are , , and . In the winter months large numbers of ducks and geese, including , , , , . and Brent Geese, can be seen, especially on the salt marshes.

A famous local delicacy is , or . The scientific name for this is "Salicornia europaea" and locally it is sometimes called poor man's asparagus. Samphire is a fleshy edible plant, which grows in the intertidal mudflats and salt marshes in the areas around Blakeney Point. A traditional way to eat it is first to boil it lightly, then drag through peppered butter, then 'suck' the flesh of the stalk. When it is in season, many locals sell bunches from small stalls outside their cottages at very reasonable prices. In recent times it has become a very fashionable delicacy served in top restaurants in London and Europe, where the tiny plant fetches inflated prices.