The Chinese name 清水灣半島 should not be confused with Oscar by the Sea, a private housing estate in Tseung Kwan O. 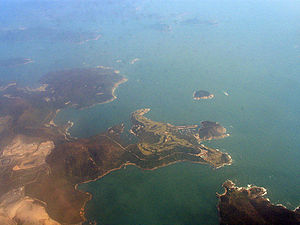