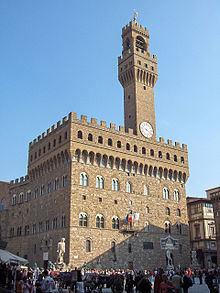 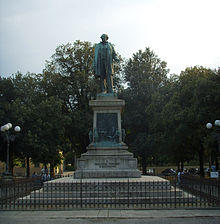 The Mayor of Florence is an elected politician who, along with the Florence’s City Council of 42 members, is accountable for the strategic government of Florence. Since 22 June 2009, Matteo Renzi holds the position. Previously, the position was held by Leonardo Domenici from the June 1999 until his succession by Renzi.

This is a list of mayors of Florence, Italy.

Rectors of the Grand Duchy of Tuscany

For all of the 18th Century the Rectors of Florence were appointed by the Grand Duke of Tuscany:

Since 1859, newborn Kingdom of Italy created the office of the Mayor of Florence (Sindaco di Firenze), chosen by the City council:

Fascist dictatorship abolished mayors and City councils in 1920, replacing them with a single authoritarian Rector (Podestà) chosen by the National Fascist Party:

Since 1995, under provisions of new local administration law (1993), the Mayor of Florence is chosen by popular election, originally every four, and since 1999 every five year:

The election took place on April 23.

For the first time under the new electoral law citizens could vote directly the mayor; before this choise was made by the City Council. For the first time in the municipal political history there weren't parties like Christian Democracy, Italian Socialist Party or Italian Communist Party: the main parties were Silvio Berlusconi's Forza Italia and the Alliance of Progressives, composed by center-left parties.

The main canidates were the incumbent socialist mayor Giorgio Morales, supported by Forza Italia, and the university teacher Mario Primicerio, indipendent but supported by the Alliance of Progressives.

On April 23 1995, Primicerio won the election and became the first elected mayor of Florence.

The election took place on June 14.

The incumbent mayor Leonardo Domenici won the election on the second round.

The election took place in two rounds: the first on June 6-7 and the second on June 21-22.