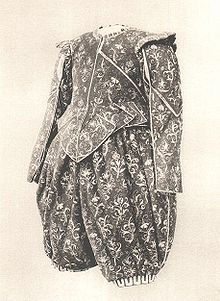 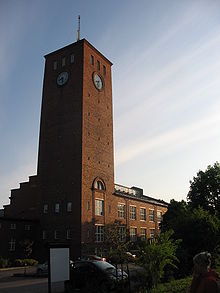 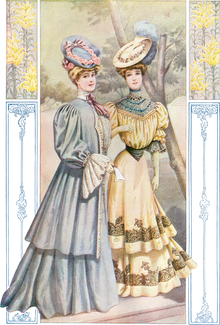 Broadcloth is a dense woollen cloth. Modern broadcloth can be composed of cotton, silk, or polyester, but traditionally broadcloth was made solely of wool. The dense weave lends sturdiness to the material.

It was made in several parts of England at the end of the medieval period. The raw material was short staple wool, carded and spun into yarn and then woven on a broad loom to produce cloth 1.75 yards wide. It was then fulled, usually in a fulling mill. When fulled, the fibres of the cloth would felt together, resulting in a smooth surface. [1]

Around 1500, broadcloth was made in a number of districts of England, including Essex and Suffolk in southern East Anglia, the West Country Clothing District (Gloucestershire, Wiltshire, east Somerset - sometimes with adjacent areas), at Worcester, Coventry, Cranbrook in Kent and some other places.

This was the best English cloth, and large quantities were exported by the merchants of the Company of Merchant Adventurers of London, principally to Antwerp as white (i.e. undyed) cloth. It was finished and dyed in Flanders, and then marketed throughout northern Europe. The cloths might be short (24 yards long) or long (30 yards long).

The raw material for broadcloth from Worcester was wool from the Welsh border counties of Herefordshire and Shropshire, known as Lemster (i.e. Leominster) wool. That for the West Country came from the Cotswolds. In both cases, the high quality was the result of the comparatively poor pasture, which (probably aided by selective breeding) led the sheep to grow wool with the desired qualities.

English exports of broadcloth reached their highest level in the mid 16th century, after which some regions began producing other kinds of cloth, particularly various new draperies. Difficulties were encountered in export markets in the mid 1610s, partly due to currency difficulties in eastern Europe, and partly to the ill-conceived Cockayne Project. Broadcloth production thus declined in the 17th century.

Worcester remained a centre for the production of white broadcloth. Other areas, such as Ludlow and parts of the Cotswolds started to produce similar cloth, known as 'Worcesters'. The market suffered major setback in the 18th century, when the trade of the Levant Company with Turkey was obstructed by French competition. From this time, the production of broadcloth finally lost its importance.[2][3]

Wool broadcloth with its felted, velvety-like feel, has been a popular material for many years in furniture and luxury car interiors.[citation needed]