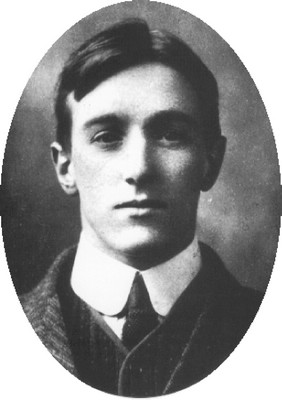 Robin George Collingwood (, – , ) was a British philosopher and historian. He was born at Fell in the son of the academic , and was educated at and the .

Collingwood is most famous for his book "The Idea of History", a work collated from various sources soon after his death by his pupil, T. M. Knox. The book came to be a major inspiration for philosophy of history in the English-speaking world. It is extensively cited, leading one commentator to ironically remark that Collingwood is coming to be "the best known neglected thinker of our time". [Mink, Louis O. (1969). "Mind, History, and Dialectic". Indiana University Press, 1.] Not just a philosopher of history, Collingwood was also a practicing historian and archaeologist, being during his time a leading authority on Roman Britain.

Collingwood held history is "recollection" of the "thinking" of a historical personage. Collingwood considered whether two different people can have the same thought and not just the same content, concluding that "there is no tenable theory of personal identity" preventing such a doctrine.

In "The Principles of Art" Collingwood held (following Croce) that works of art are essentially expressions of emotion. He portrayed art as a necessary function of the human mind, and considered it collaborative activity. In politics Collingwood defended the ideals of what he called liberalism "in its Continental sense"::The the essence of this conception is ... the idea of a community as governing itself by fostering the free expression of all political opinions that take shape within it, and finding some means of reducing this multiplicity of opinions to a unity. [R. G. Collingwood (2005). "Man Goes Mad" in "The Philosophy of Enchantment". Oxford University Press, 318.]

He also published "The First Mate's Log" (1940), an account of a yachting voyage in the Mediterranean, in the company of several of his students.

After many years of ill health Collingwood died at Coniston in January 1943.

Main works published in his lifetime

Note that in his essay "Expressionism in Art" Collingwood makes a distinction between expression and emotion in that expression, being transcendant of the five senses precludes action and reaction, and that emotion - a resultant of biochemical activity in body is purely "exhbihition"-'istic' if not invoked by a pure thought.

All 'revised' editions comprise the original text plus a new introduction and extensive additional material.