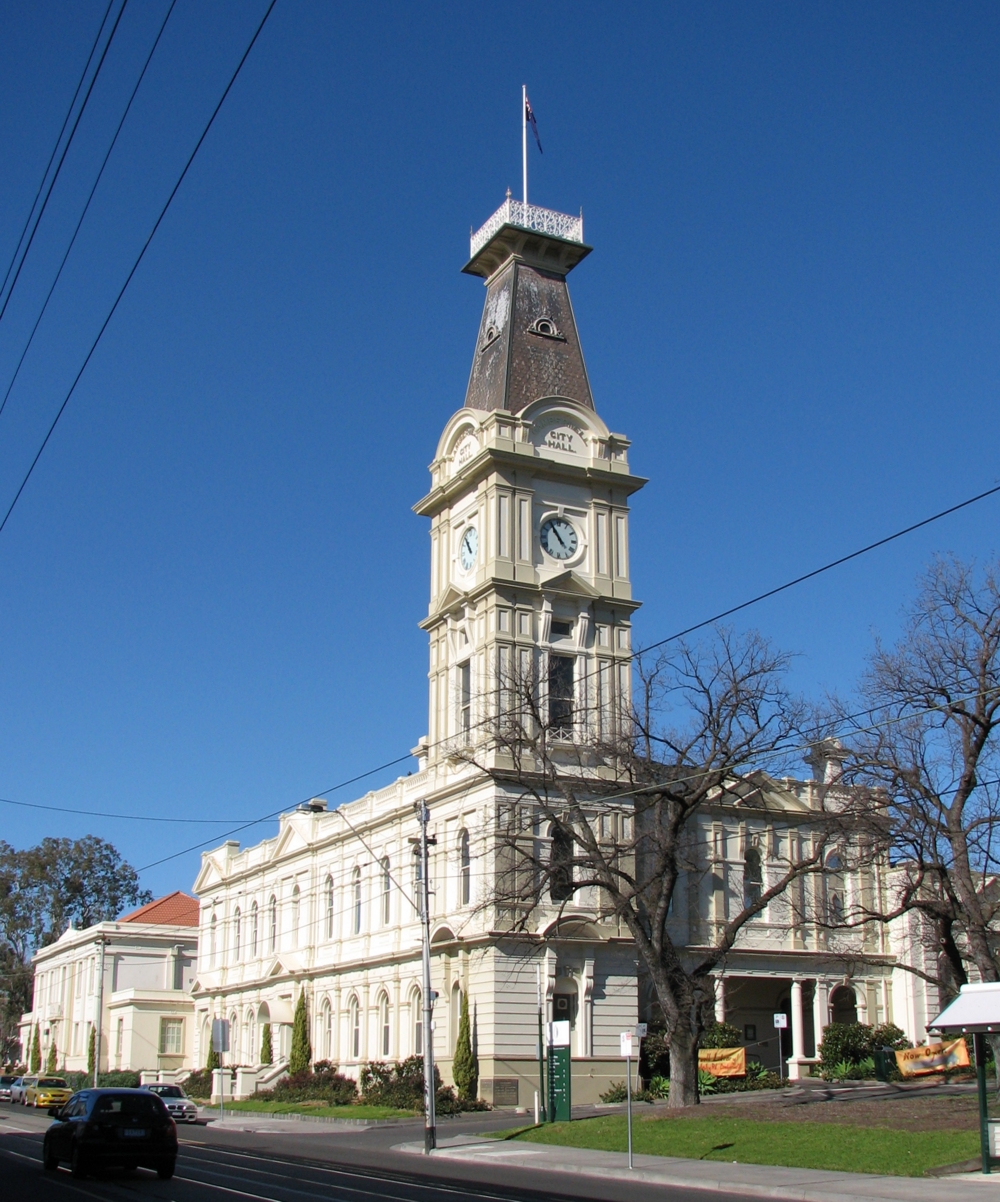 Camberwell is a of , , in the local municipality of the . Camberwell is designated one of 26 Principal Activity Centres in the Metropolitan Strategy.

A feature sight of Camberwell is the Burke Road shopping strip, which stretches north approximately 600 m from , where three tram routes converge - the 70, 72, and 75. Half-way up the shopping strip is Camberwell railway station, which services the Belgrave, Lilydale, and Alamein train lines. East Camberwell, Riversdale, Willison, and Hartwell stations also lie within the suburb's boundaries. Several bus routes also cover the area.

Camberwell received its name as a result of an early settler being reminded of the way three roads intersected in the south London district of . The development that followed was a product of the expansion of Melbourne's suburban rail network in the 1880s. The Prospect Hill area is adjacent to the railway station and is the oldest part of the suburb. The original subdivision was relatively generous blocks which were quickly filled with fine Victorian and Edwardian houses. Due to its hilly topography, many east-west streets in the Prospect Hill area have an excellent view of Melbourne's central business district. Its main commercial centre developed along Burke Road from its railway station to , some 500m to the south. Several tram routes converge on this point. Though Burke Road is the boundary with Hawthorn East, this precinct is effectively the 'centre' of Camberwell.

Though the area was originally agricultural, Camberwell is now one of the most well-established of Melbourne's 'middle-ring' suburbs. It is part of the , the local government area with the lowest in Australia. There is almost no industrial land in Camberwell, and commercial uses are concentrated near the Burke Road precinct, which has long been one of the busiest in suburban Melbourne. House prices in Boroondara are well-above the metropolitan median and those in the Prospect Hill precinct are several times the Boroondara median.

The multimodal accessibility of the Burke Road precinct, and the desirability of the suburb as a place to live has meant that development pressures have long existed in Camberwell. At the same time, the area has a long history of resident action in the face of perceived threats its identity and way of life. For example, In the 1970s a plan to re-develop a large section of the Burke Road shopping strip and its hinterland into a mall and commercial complex was fiercely fought and won. The site is well-known for its market, held every weekend on a large parking area behind the shopping strip. Though the carpark has been upgraded, the market is still a feature and continues to attract a diverse base of traders and customers from around Melbourne.

More recently, a furore erupted amongst locals over plans to develop the 'air rights' over the Camberwell railway station. This local dispute gained air-time on national television, radio and in the broadsheet press, and was very publicly supported by and . Camberwell station lies in a cutting that carves its way through the side of Prospect Hill. There is a large marshalling yard adjacent to the station and a carpark, which form a significant break in the Burke Road streetscape. Local planners had for many years been aware of the potential for improving the local urban environment and a structure plan from 1988 incorporated the idea of developing over the station. The logic of '' () is essentially the same as that which had driven the Burke Road precinct oirginally, and the same principle of intensifying land uses around nodes was claimed to be what drove the plans for Camberwell station.

Arguably, the process and the proposal were very poorly handled, and the local community were up in arms. The concept design showed little regard for principles, incorporating several levels of car-parking for the employees of the offices above, and no residential component. To many locals, the design denigrated the heritage-listed station building. (a user of the station) led the community in an attempt to stop the development, while shared the stage at a rally against the project on one of his visits from London. The comedian performed a poem about planners at the rally which, in typical Humphries style contained elements of satire that appeared to be about local prejudices as much as the planning profession. A decision as to the fate of the station has not yet been made public.

A recent release of plans to develop the old bank adjacent to Sofia's Pizza House into a seven floor high building resulted in the Boroondara Residents'Action Group (BRAG) and the Council taking it to . The decision resulted in the development being cut back to five floors and the higher levels had to be set back further.

Other developments in the area which anger the local residents are a fifteen story development proposed right at the junction on the old "Henly Honda" site. Another development fought and over-ruled in is the Burke Avenue site which is being developed as a 7-storey complex with a Coles Supermarket on the ground floor.

Australian and were raised in nearby Burwood and attended , and it is now also the home of . The Australian and -tossing (best known as the man behind ) also spent his childhood years in the leafy Golf Links Estate at 36 Christowel Street.

Camberwell Market is a weekly event held to support Rotary that allows residents and non-residents to sell used clothes, books, furniture, crafts etc to crowds wandering the markets each Sunday. The market has a colourful atmosphere and attracts crowds from afar who enjoy wondering the morning market and the occasional cinnamon donut in the carpark. Between 1926 and 1990, Camberwell was represented in the Victorian Football Association by the Camberwell Football Club