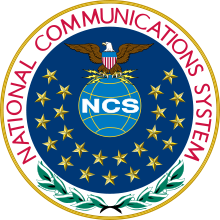 The genesis of the NCS began in 1962 after the Cuban missile crisis when communications problems among the United States, the Union of Soviet Socialist Republics, the North Atlantic Treaty Organization, and foreign heads of state threatened to complicate the crisis further. After the crisis, President John F. Kennedy ordered an investigation of national security communications, and the National Security Council (NSC) formed an interdepartmental committee to examine the communications networks and institute changes. This interdepartmental committee recommended the formation of a single unified communications system to serve the President, Department of Defense, diplomatic and intelligence activities, and civilian leaders. Consequently, in order to provide better communications support to critical Government functions during emergencies, President Kennedy established the National Communications System by a Presidential Memorandum on August 21, 1963. The NCS mandate included linking, improving, and extending the communications facilities and components of various Federal agencies, focusing on interconnectivity and survivability.

With the addition of the Office of the Director of National Intelligence (ODNI) on September 30, 2007, the NCS membership currently stands at 24 members.

Each NCS member organization is represented on the NCS through the Committee of Principals (COP) -- and its subordinate Council of Representatives (COR). The COP, formed as a result of Executive Order 12472, provides advice and recommendations to the NCS and the National Security Council through the President's Critical Infrastructure Protection Board on NS/EP telecommunications and its ties to other critical infrastructures. The NCS also participates in joint industry-Government planning through its work with the President's National Security Telecommunications Advisory Committee (NSTAC), with the NCS's National Coordinating Center for Telecommunications (NCC) and the NCC's subordinate Information Sharing and Analysis Center (ISAC).

After nearly 40 years with the Secretary of Defense serving as its Executive Agent, President George W. Bush transferred the National Communications System to the Department of Homeland Security (DHS). The NCS was one of 22 Federal agencies transferred to the Department on March 1, 2003, in accordance with Executive Order 13286. A revised Executive Order 12472 reflects the changes of E.O. 13286. On November 15, 2005, the NCS became part of the Department's Directorate for Preparedness after nearly two years under the Information Analysis and Infrastructure Protection Directorate. In March 2007 the NCS became an entity of the National Protection and Programs Directorate. Currently, the DHS Under Secretary for National Protection and Programs Directorate serves as the NCS Manager.

In fulfillment of their mission to enable emergency communications, the NCS has created a number of different services.