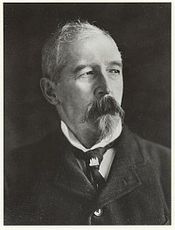 Viscount Dillon, of Costello-Gallen in the County of Mayo, is a title in the Peerage of Ireland. It was created in 1622 for Theobald Dillon, Lord President of Connaught. The Dillons were an Hiberno-Norman landlord family from the 13th century in a part of County Westmeath was called 'Dillon's Country'. His great-grandson, the seventh Viscount, was a supporter of the Catholic King James II of England and was outlawed after the Glorious Revolution. He founded 'Dillon's Regiment' of the Irish Brigade in the French Army, which was supported by the Wild Geese and achieved success at Fontenoy in 1745.

However, his son, the eighth Viscount, managed to obtain a reversal of the outlawry in 1694 and later served as Lord Lieutenant of County Roscommon. His nephew, the tenth Viscount, was given the French title of Count Dillon in 1711 and was also created "Earl of Dillon" by James Francis Edward Stuart, the Jacobite claimant to the throne. His younger brother, the twelfth Viscount, was a Colonel in the French Army, but Dillon's Regiment was disbanded in 1793 due to the turmoils of the French Revolution.

The heir presumptive is the present holder's uncle, Richard Arthur Louis Dillon (b. 1948)

The heir presumptive's heir apparent is his son Thomas Arthur Lee Dillon (b. 1983)

So they are very near the top of French nobility, since for the title of Duke, titles mean nothing in France.